Smack the Pony is a British sketch comedy show that ran from 1999 until 2003 on Channel 4. The main performers on the show were Fiona Allen, Doon Mackichan, and Sally Phillips. There were also regular appearances from Sarah Alexander, Darren Boyd, and Cavan Clerkin. The shows popular theme tune was Dusty Springfields song In the Middle of Nowhere, sung by Jackie Clune. As well as the three principal cast members, the show was written by a large number of writers, the core of which went on to write Green Wing and Campus. In Germany, the first transmission of the show aired on ProSieben, where the theme tune was changed to Texas 2001 version of I Dont Want a Lover, and featured a different title sequence. Among the shows regular themes were unsuccessful relationships, competition in the workplace and latent lesbianism, but sketches would also dip into the surreal; such as two women jumping from their car as they neared a parking space, and brushing in front of the path of their car to help it move further forward, as in curling. Two regular strands involved a series of different women making dating agency videos about their general likes and dislikes, and a musical parody that would close the show. 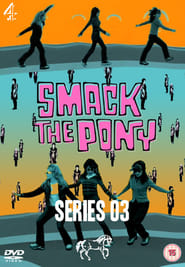 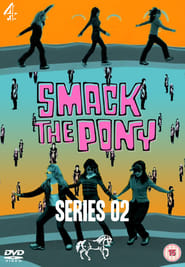 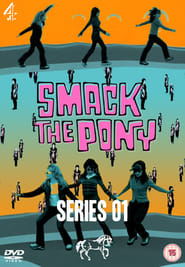 Spitting Image is an award winning British satirical puppet show, created by Peter Fluck, Roger Law and Martin Lambie-Nairn. The series was produced by Spitting Image Productions for Central Independent Television over 18 series which aired on the ITV from 1984 to 1996. The series was nominated and won numerous awards during its run including 10 BAFTA Awards, including one for editing in 1989, and even won two Emmy Awards in 1985 and 1986 in the Popular Arts Category. The series featured puppet caricatures of celebrities famous during the 1980s and 1990s, including British Prime Minister Margaret Thatcher and fellow Tory politicians, American president Ronald Reagan, and the British Royal Family. The Series was the first to caricature the Queen mother. The series was axed in 1996, after viewing figures declined. ITV had plans for a new series in 2006, but these were scrapped after a dispute over Ant & Dec puppets used to host the reviews "Best Ever Spitting Image", which were created against Roger Law's wishes.
TV Show Star Rating : 7.8  Read More