Acting for a Cause 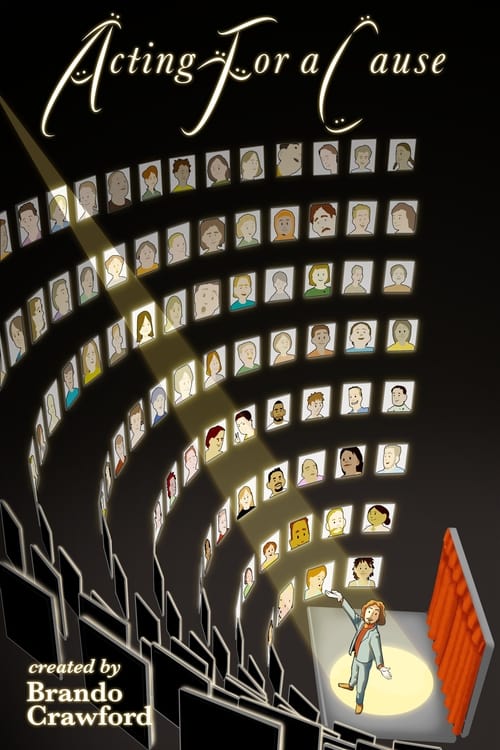 Plot : Acting for a Cause is a live read series of classic plays and screenplays created, produced, directed and hosted by Brando Crawford featuring young Hollywood actors such as Academy Award Nominee Florence Pugh, Emmy Nominee Margaret Qualley, and 80 other young Hollywood stars. Each reading is organized to raise money for a specific charity. The readings garnered over 500,000 viewers between the first play read on March 27, 2020 and the last announced read on July 31, 2020. The reading series was a direct response to the 2020 Coronavirus pandemic and launched Brando Crawford's career as a director and producer.

Similar TV Shows to Acting for a Cause

Some of this year's most talked about talent open up about the challenges and triumphs of creating critically acclaimed series and performances.
TV Show Star Rating : 6  Read More

Inside the halls of power, Boris Johnson grapples with Covid-19, Brexit, and a controversial personal and political life during his tumultuous first months as Prime Minister.
TV Show Star Rating : 5.5  Read More

The Centimeter of Love

The play tells the story of the Yanxi Hospital doctor Xu Qingfeng on the voyage back from studying abroad, and the captain Guan Yuqing, because of tacit cooperation in helping patients, found that each other's family had hard-to-recited sutras.
TV Show Star Rating : 0  Read More

After divorcing her husband of 20 years, Molly Novak must figure out what to do with her $87 billion settlement. She decides to reengage with her charitable foundation and reconnect with the real world—finding herself along the way.
TV Show Star Rating : 7.4  Read More

Starlight is a song and dance revue troupe loved throughout the world. Karen and Hikari make a promise with each other when they're young that one day they'll stand on that stage together. Time passes, and now the girls are 16 years old. Karen is very enthusiastic about the lessons she takes every day, holding her promise close to her heart. Hikari has transferred schools and is now away from Karen. But the cogs of fate turn, and the two are destined to meet again. The girls and other Stage Girls will compete in a mysterious audition process to gain acceptance into the revue.
TV Show Star Rating : 8.2  Read More

Under the circumstances caused by the confinement due to COVID-19, the people in a building will have to interact in the midst of daily conflicts resulting from coexistence.
TV Show Star Rating : 7.3  Read More

In 2020, the world changed. This topical series examines the coronavirus pandemic, the efforts to combat it and ways to manage its mental health toll.
TV Show Star Rating : 7.2  Read More

It seems like a fairy tale story. Plucked from obscurity by the legendary actress Chigusa Tsukikage, 13-year-old Maya Kitajima is given the chance of a lifetime and the opportunity to study at a legendary acting school. She'll also find an archrival, however, and Ayumi Himekawa is as determined to be the greatest actress of her generation as Maya is. To succeed, each girl must conquer every acting challenge placed in front of her and then push even further as they aim for the same ultimate goal: the role of the Crimson Goddess in the play of the same name, a part created by Chigusa herself. All the world is the stage as the ultimate dramatic rivalry begins in the original anime classic.
TV Show Star Rating : 8  Read More