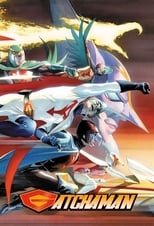 Plot : Science Ninja Team Gatchaman is a five-member superhero team that is composed of the main characters in several anime created by Tatsuo Yoshida and originally produced in Japan by Tatsunoko Productions and later adapted into several English-language versions. It is also known by the abbreviated name Gatchaman. The original series, produced in 1972, was eponymously named Kagaku Ninja Tai Gatchaman and is most well known to the English-speaking world as the adaptation titled Battle of the Planets. The series received additional English adaptations with G-Force: Guardians of Space and ADV Films uncut 2005 release. Tatsunoko also uses the official translation Science Commando Gatchaman, as shown in numerous related products and media. Because the English-language versions are notoriously inconsistent not only with one another but also with the original Japanese series, viewers most familiar with the English versions often experience some confusion upon re-examining the series after a long hiatus. The original 1972 Kagaku Ninja Tai Gatchaman series was followed by an animated film, two sequel series, Gatchaman II, and Gatchaman Fighter. In the 90s, episodes from both series were dubbed into English by Saban as Eagle Riders. In 1994, the original series was remade as a condensed OVA series. 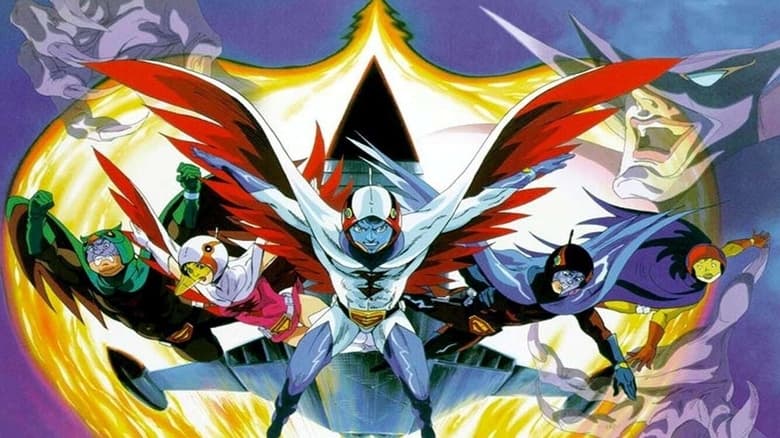 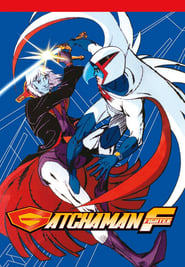 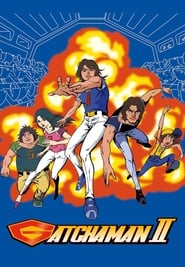 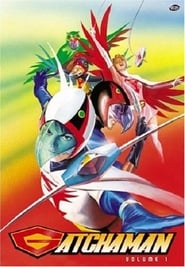 Ten years after the Ceremonial Battle, a teenage boy named Yuuki Judai heads off in order to join the Duelist Yousei School located on a remote island off the coast of Japan. There he meets his fellow students and gains a few friends, along with a few enemies. Judai is put into the lowest rank of Osiris Red, but he continues to test his skills against the students and faculty to prove his worth as a Yousei Duelist and earn the respect of everyone around him.
TV Show Star Rating : 7.987  Read More

The adventures of the demon hunter Dante who himself is half demon and half human.
TV Show Star Rating : 7.504  Read More

The Mysterious Cities of Gold

The adventures of a young Spanish boy named Esteban who joins a voyage to the New World in search of the lost Cities of Gold and his father.
TV Show Star Rating : 8  Read More

Set in the near future, Medabots revolves around the super charged battling adventures of a group of kids and their pet robots. Fueled with artificial intelligence and a specialized arsenal of high powered weapons, Medabots compete against each other in exciting Robattles, with the winners acquiring Medaparts from the defeated Medabot. With over 370 unique robots ready to Robattle, Medabots is filled with explosive adventures in a world where kids have the ultimate power. But more than anything else, these challenges are about courage and mind power, where the soul of the Medafighter and Medabot combine to emerge victorious.
TV Show Star Rating : 8.154  Read More

Light Yagami is an ace student with great prospects—and he’s bored out of his mind. But all that changes when he finds the Death Note, a notebook dropped by a rogue Shinigami death god. Any human whose name is written in the notebook dies, and Light has vowed to use the power of the Death Note to rid the world of evil. But will Light succeed in his noble goal, or will the Death Note turn him into the very thing he fights against?
TV Show Star Rating : 8.655  Read More

Bumboo is a talking car, innocent in many ways, Bumboo searches for her mother throughout many adventures and dangers, battling villains and stopping thieves while discovering that she may not be the only talking car of her kind in the world.
TV Show Star Rating : 6  Read More

Genki is a boy who loves playing the Monster Rancher games and one day he's somehow transported into the world of the video game where he meets the girl Holly and the monsters Mochi, Suezo, Golem, Tiger and Hare. Together, they are searching for a way to revive the Phoenix, which is the only monster capable of stopping the evil Moo.
TV Show Star Rating : 8.176  Read More