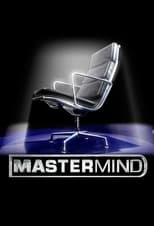 Mastermind is a British quiz show, well known for its challenging questions, intimidating setting and air of seriousness. Devised by Bill Wright, the basic format of Mastermind has never changed — four and in later contests five contestants face two rounds, one on a specialised subject of the contestants choice, the other a general knowledge round. Wright drew inspiration from his experiences of being interrogated by the Gestapo during World War II. The atmosphere is helped by Masterminds famously ominous theme music, "Approaching Menace" by the British composer Neil Richardson. The quiz programme originated and was recorded in Manchester at studios such as New Broadcasting House and Granada Studios, before permanently moving to MediaCityUK in 2011.

A group of librarians set off on adventures in an effort to save mysterious, ancient artifacts. Based on the series of "The Librarian" movies.
TV Show Star Rating : 7.147  Read More

You Quiz On The Block

“Are you ready for a surprise quiz?” Yoo Jae-suk and Jo Se-ho meet ordinary citizens in the streets and give them surprise quizzes!
TV Show Star Rating : 7.8  Read More

America's favorite quiz show where contestants are presented with general knowledge clues in the form of answers, and must phrase their responses in question form.
TV Show Star Rating : 6.896  Read More

Hilarious, totally-irreverent, near-slanderous political quiz show, based mainly on news stories from the last week or so, that leaves no party, personality or action unscathed in pursuit of laughs.
TV Show Star Rating : 7.5  Read More

Ciao Darwin is a variety game show format from Italy sold under licence to several countries, including Romania, Hungary, Poland, Serbia, Canada, USA, China and Greece. There are two competing teams of about 50 people each, usually made up of people who fit certain opposing stereotypes. In each game two members of the audience are selected at random, one from each team, indicated by a light in front of them which remains illuminated when all the other team members' lights have gone off. The games involve contestants competing in acts of bravery, style and talent, some of which are designed to humiliate the contestants, especially an assault course which was introduced with the Italian version in 2010, and the Finale which is a water tank game.
TV Show Star Rating : 5  Read More