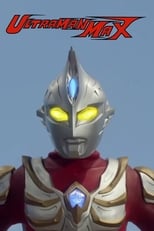 Ultraman Max was an Ultraman TV series which started airing on 7 July 2005, and produced by Tsuburaya Productions and Chubu-Nippon Broadcasting Co., Ltd.. The show tried to return to the true formula of new monsters every week and being a fast paced show like previous series with the exception of Ultraman Nexus. The show is full of homages to past series by having three of the original cast members from the first Ultraman series being featured in an episode, updated versions of classic monsters like Red King, Eleking and Pigmon among others. One unusual episode revolves around the filming of the 1964 program Ultra Q which was the predecessor to the first Ultraman show in 1966. Two actors from that show appear as themselves. 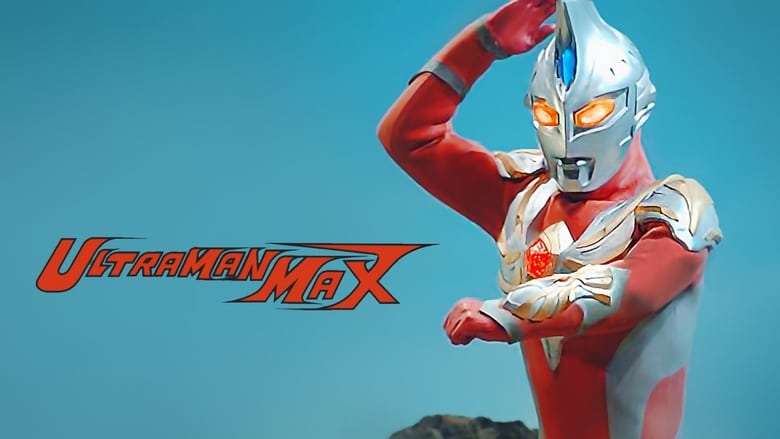 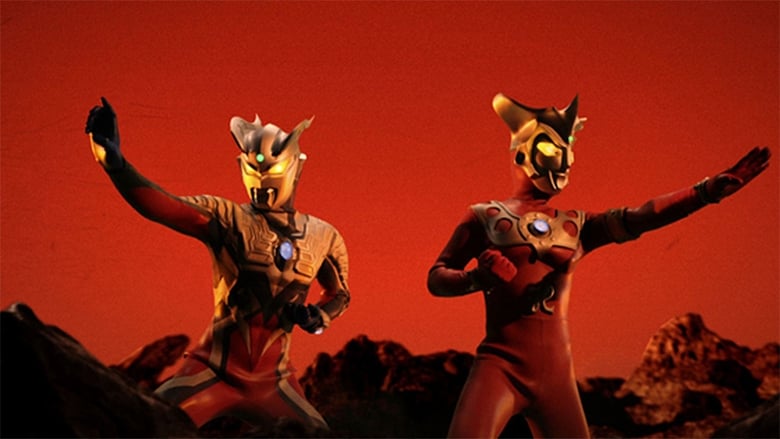 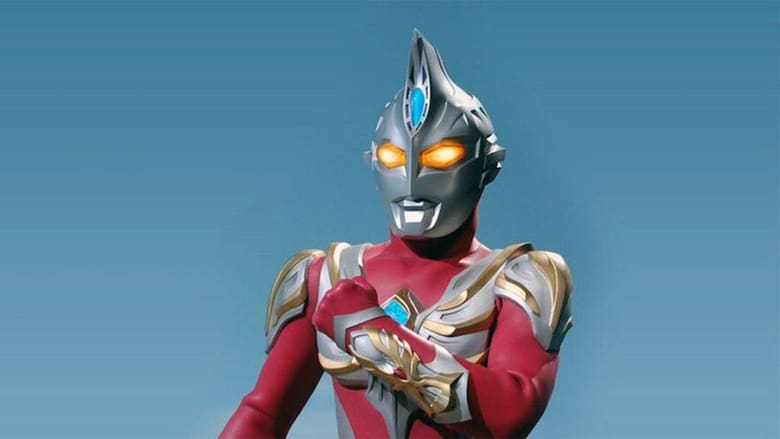 Decades ago, a hero from the stars left this world in peace. Now, the son of Ultraman must rise to protect the Earth from a new alien threat.
TV Show Star Rating : 6.6  Read More

Yuta Hibiki can’t remember who he is, and now he’s seeing and hearing things that others don’t! A voice from an old computer tells him to remember his calling, and he sees a massive, unmoving creature in the distance. Nothing’s making sense—until the behemoth springs to life! Suddenly, Yuta is pulled into the digital world, reappearing in the real one as the colossal hero—Gridman!
TV Show Star Rating : 7.4  Read More

When the Earth is threatened by alien invaders and giant monsters, the world relies on the Science Patrol, a special anti-monster defense agency armed with high-tech weaponry and vehicles to combat these threats from the unknown. When the Science Patrol's weaponry is ineffective and all hope is lost, one of their members, Hayata, transforms into a giant alien called Ultraman to defeat the monstrous menace threatening the Earth, unbeknownst to the other Science Patrol members, who are unaware of his secret identity.
TV Show Star Rating : 9.3  Read More

Aliens have been emigrating to Earth secretly, but only a handful knows about this truth. Living in such a society, the main character Hiroyuki Kudo begins working at a private security organization E.G.I.S. (Enterprise of Guard and Investigation Services). The organization takes care of cases related with aliens, and Hiroyuki works day and night to protect peace. However, there lies a huge secret in him, which he himself is not aware of. He carries Ultraman Taiga’s “particle of light”. The new story begins as Taiga’s powers revive from Hiroyuki’s body!
TV Show Star Rating : 4.3  Read More

In the not-too-distant future, the Earth finds itself constantly under attack from extraterrestrial threats. To combat them, the Terrestrial Defense Force establishes the Ultra Garrison, a team of six elite members who utilize high-tech vehicles and weaponry. Joining their fight is the mysterious Dan Moroboshi who is secretly an alien from the Land of Light in Nebula M-78 and transforms into his true alien form, Ultraseven in times of crisis.
TV Show Star Rating : 7.3  Read More

The Ultraman is a Japanese animated television series co-produced by Tsuburaya Production and Tokyo Broadcasting System. The series aired on TBS Television affiliates on the Wednesday 7:00 PM time slot from April 4, 1979 to March 26, 1980, lasting a total of 50 episodes. It was the eighth installment in the Ultra Series and aired four years after the end of Ultraman Leo. The show was the first animated incarnation of Tsuburaya's iconic superhero Ultraman, as well as one of the earliest works of anime studio Nippon Sunrise, who also worked on their now-iconic mecha series Mobile Suit Gundam during the same year.
TV Show Star Rating : 0  Read More

The newest Ultra Hero is Ultraman Zett, the disciple of Ultraman Zero, who is now celebrating his tenth anniversary! An admirer of Zero, Zett worked hard to become a member of the “Inter Galactic Defense Force.” With a passion inherited from his teacher Zero, Zett is an Ultraman who always looks forward and forges ahead.
TV Show Star Rating : 0  Read More

Humanity's battle of many years with the kaiju, giant monsters, has finally come to an end. Now that Earth has entered an age of peace, girls with the souls of kaiju have begun to appear, giving them the ability to transform into kaiju. They are known as the Kaiju Girls, and this is the powerful, transient, beautiful, and at times easygoing story of the strange fate these girls bear.
TV Show Star Rating : 6  Read More

After the Winspector police team leaves Japan to fight crime in France, Chief Shunsuke Masaki realizes he must create a new police team to defend Tokyo from crime. He creates Solbrain – a high-tech special rescue force, expert in missions requiring rescue and firepower. Its leader is Daiki Nishio, a rookie detective who can use the Plus Up command in his car to transform into SolBraver. Other members are Reiko Higuchi, also able to use the Plus Up command to transform into SolJeanne, SolBraver's female counterpart; and SolDozer, a yellow bulldozer robot.
TV Show Star Rating : 8  Read More

Yapool, an ancient interdimensional creature from ancient times with similarities to Satan and Legion, sought after the planet of Earth and tried to conquer it with a campaign that involved his experiments known as Choju. The first super weapon sent to Earth, Verokron, ravaged a city and took on TAC, a special forces unit created by the Self Defense Force to defend the Earth from Kaiju. Two of Verokron's unfortunate victims were Seiji Hokuto and Yuko Minami. Before they were dead long the first five Ultra Brothers, Ultraman, Zoffy, Ultraseven, Ultraman Jack, and Ultraman Ace, decided to revive the duo for trying to help young children get away from the Choju and to fight off Yapool's forces. Ace decided to be the one to go as he had both of them be his host. Yapool has used not only Choju, but also recruited other aliens, humans that sold their souls to him for Choju possession, and even himself to assassinate Ace and TAC only to be brought down in absolute defeat. After the destruction of one of Yapool's oldest Choju, Lunaticks, Minami revealed she was one of the last natives from the moon and gave her Ultra Rings to Hokuto as she had to leave, but she would return every once in a long while. Ever since Hokuto has been Ace's host and their efforts were just the same. Yapool became desperate by combining the bodies of a selected few to create Jumbo King only for him to fail and have Ace fly off to his home world of the Land of Light in M78. Ever since Ace has showed up to help later Ultras in their times of need.
TV Show Star Rating : 10  Read More

The Return of Ultraman

This series is a follow up to the original Ultraman and Ultra Seven. The first episode begins with a fight between two giant monsters named Takkong and Zazahn, in Tokyo. Amid the monster destruction, young race car driver Hideki Goh is killed while trying to rescue a little boy and a dog from the falling rubble. His valiant sacrifice is noted by everyone, even his friends and the new defense force MAT, but an unseen being also takes notice. Looking over Hideki is "New Ultraman", also known as "Ultraman Jack", who is so touched by the race car driver's heroism, that he decides to combine his life force with that of Hideki, thus bringing him back to life (just like the original Ultraman did with Shin Hayata), much to everyone's astonishment. MAT then asks Hideki to join the team, which he does, especially since in this frightening new "Age of Monsters" Earth will need a savior. In times of crisis, Hideki Go will raise his right arm and, by force of will, transform into Ultraman Jack to fight monsters.
TV Show Star Rating : 10  Read More