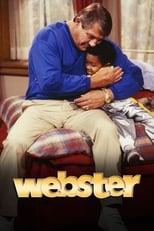 Webster is an American situation comedy that aired on ABC from September 16, 1983 until May 8, 1987, and in first-run syndication from September 21, 1987 until March 10, 1989. The series was created by Stu Silver. The show stars Emmanuel Lewis in the title role as a young boy who, after losing his parents, is adopted by his NFL-pro godfather, portrayed by Alex Karras, and his new socialite wife, played by Susan Clark. The focus was largely on how this impulsively married couple had to adjust to their new lives and sudden parenthood, but it was the congenial Webster himself who drove much of the plot. The series was produced by Georgian Bay Ltd., Emmanuel Lewis Entertainment Enterprises, Inc. and Paramount Television. Like NBCs earlier hit Diffrent Strokes, Webster featured a young African-American boy adopted by a white family. 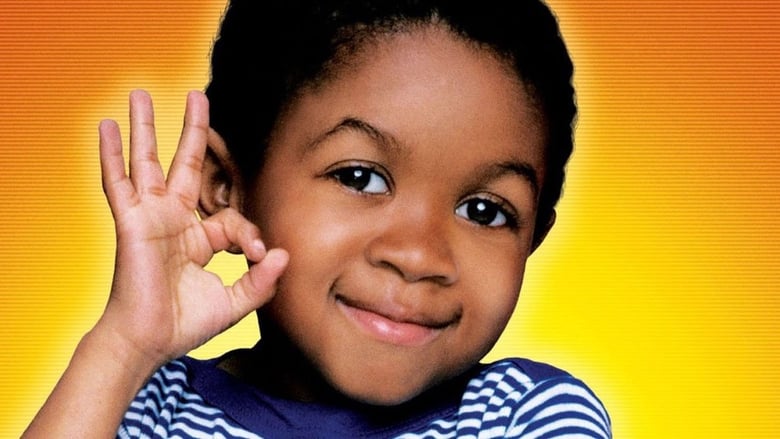 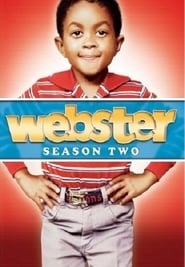 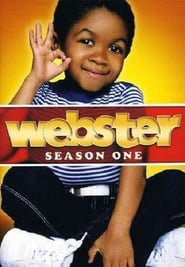 The series stars Gary Coleman and Todd Bridges as Arnold and Willis Jackson, two African American boys from Harlem who are taken in by a rich white Park Avenue businessman named Phillip Drummond and his daughter Kimberly, for whom their deceased mother previously worked. During the first season and first half of the second season, Charlotte Rae also starred as the Drummonds' housekeeper, Mrs. Garrett.
TV Show Star Rating : 6.6  Read More

The mishaps of Chavo, an 8-year-old orphan boy who lives in a barrel. Together with Quico, Chilindrina, Ñoño and La Popis, Chavo experiences a series of humorous entanglements.
TV Show Star Rating : 7.9  Read More

Mackenzie "Mickey" Murphy is a hard-living, foul-mouthed, cigarette-smoking woman who moves to affluent Greenwich, CT to raise the spoiled kids of her wealthy sister who fled the country to avoid a federal indictment. She quickly learns what the rest of us already know - other people's children are awful.
TV Show Star Rating : 6.9  Read More

Family Affair is an American sitcom that aired on CBS from September 12, 1966 to September 9, 1971. The series explored the trials of well-to-do civil engineer and bachelor Bill Davis as he attempted to raise his brother's orphaned children in his luxury New York City apartment. Davis' traditional English gentleman's gentleman, Mr. Giles French, also had adjustments to make as he became saddled with the responsibility of caring for 15-year-old Cissy and the 6-year-old twins, Jody and Buffy. The show ran for 138 episodes. Family Affair was created and produced by Don Fedderson, also known for My Three Sons and The Millionaire.
TV Show Star Rating : 7.3  Read More

Mel is a local politician from a political family. When a family scandal leaves her niece, Lennox, and nephew, Ryder, without their parents, Mel takes them in. She hires Joe to become the family's male nanny, or "manny," after a Ponzi scheme leaves him broke.
TV Show Star Rating : 7.1  Read More

My Two Dads is an American sitcom that starred Staci Keanan, Paul Reiser and Greg Evigan. It aired on NBC from 1987 to 1990 and was produced by Michael Jacobs Productions in association with Tri-Star Television and distributed by TeleVentures.
TV Show Star Rating : 6.5  Read More

The Wayans Bros. is a situation comedy that aired from January 1995 to May 1999 on The WB. The series starred real-life brothers Shawn and Marlon Wayans. Both brothers were already well-known from the sketch comedy show In Living Color that was aired from 1990 to 1994 on Fox. The series also starred John Witherspoon and Anna Maria Horsford.
TV Show Star Rating : 7.8  Read More