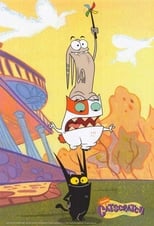 Catscratch is an American animated television series created by Doug TenNapel. It was aired on both Nickelodeon and Nicktoons in 2005. It was also shown on Nickelodeon UK / Ireland in 2006. It is a lighthearted adaptation of TenNapels graphic novel, Gear, which is also the name of the cats monster truck. The series features music composed by longtime TenNapel collaborator, Terry Scott Taylor. Catscratchs first DVD appearance was on Nick Picks Vol. 3, which came out February 7, 2006. 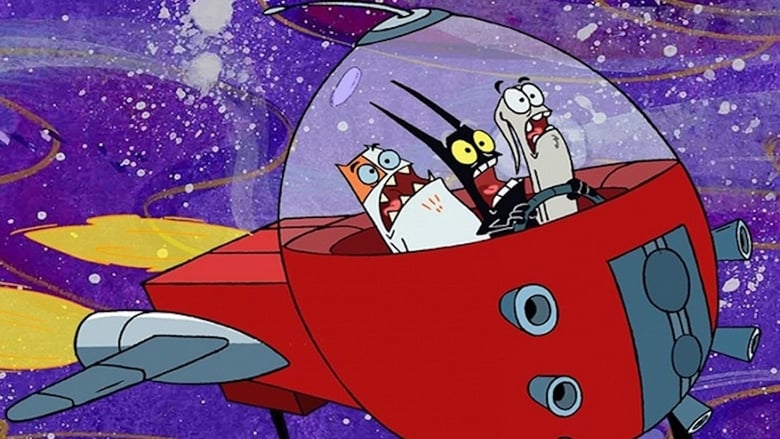 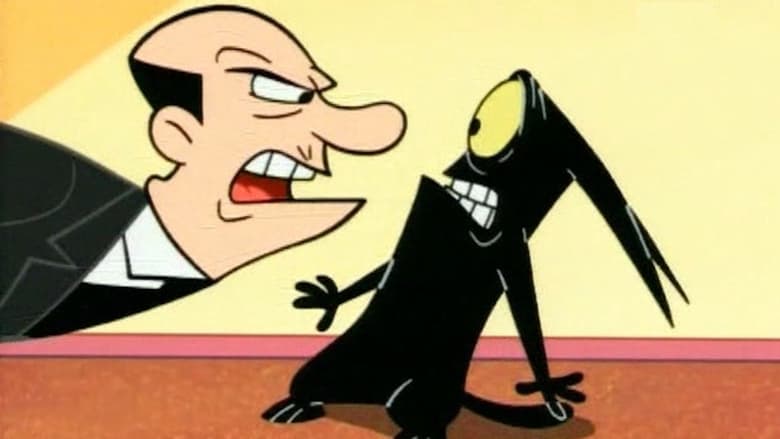 Tom and Jerry Tales is an animated television series which began production in 2005 and premiered in the United States on September 23, 2006, and ended on March 22, 2008, on Kids' WB!. It is the fourth television show in the franchise that continues the chase and violence of the Oscar-winning cat and mouse duo and other characters since the first Tom and Jerry cartoon, Puss Gets the Boot. It is based on the famous cat and mouse, Tom and Jerry, and the cartoons in the 1940s and 1950s. Cartoon Network has been airing re-runs of the series as of November 21, 2011.
TV Show Star Rating : 7.726  Read More

Ren and Stimpy are a mismatch made in animation heaven with nothing in common but a life-long friendship and an incredible knack for getting into trouble. Join them in their bizarre and gross world for some outlandish situations coupled with hilarious jokes.
TV Show Star Rating : 7.535  Read More

Oggy, an anthropomorphic cat, would prefer to spend his days watching television and eating, but is continuously pestered by three roaches: Joey, Marky and Dee Dee. The cockroaches' slapstick mischief ranges from plundering Oggy's refrigerator to hijacking the train he just boarded. In many situations Oggy is also helped by Jack, who is more violent and short-tempered than him and is also annoyed by the cockroaches. Bob, a short-tempered bulldog, also appears in the show, and is Oggy's neighbor.
TV Show Star Rating : 7.452  Read More

CatDog is an American animated television series created for Nickelodeon by Peter Hannan. The series depicts the life of conjoined brothers, with one half being a cat and the other a dog. Nickelodeon produced the series from Burbank, California. The first episode aired on April 4, 1998, before the show officially premiered in October. The episode "Fetch" was also shown in theaters with The Rugrats Movie. Toward the end of the series run, a made-for-TV film was released, titled CatDog: The Great Parent Mystery. Reruns were played on Nicktoons until 2011 and later aired on TeenNick as part of The '90s Are All That block. The series is produced by Nickelodeon Animation Studio and Peter Hannan Productions and has been released on DVD.
TV Show Star Rating : 6.972  Read More

Kid vs. Kat is a Canadian-American animated television series developed and produced at Studio B Productions. The show was created and co-directed by Rob Boutilier. The series is distributed by Studio B Productions. The feature revolves around a 10-year-old boy's constant battle with his sister's Sphinx cat which, in reality, is a cybernetic alien. The show premiered on YTV in Canada on October 25, 2008, aired on Disney XD in the United States on February 21, 2009, and then ended on June 4, 2011. It ran for 2 seasons, spanning 52 episodes.
TV Show Star Rating : 7.9  Read More

The life of Gumball Watterson, a 12-year old cat who attends middle school in Elmore. Accompanied by his pet, adoptive brother, and best friend Darwin Watterson, he frequently finds himself involved in various shenanigans around the city, during which he interacts with various family members: Anais, Richard, and Nicole Watterson, and other various citizens.
TV Show Star Rating : 8.509  Read More

A medical student who becomes a zombie joins a Coroner's Office in order to gain access to the brains she must reluctantly eat so that she can maintain her humanity. But every brain she eats, she also inherits their memories and must now solve their deaths with help from the Medical examiner and a police detective.
TV Show Star Rating : 7.778  Read More

The Utopia Experiments is a legendary graphic novel shrouded in mystery. When a group of strangers find themselves in possession of an original manuscript, their lives suddenly and brutally implode.
TV Show Star Rating : 7.993  Read More

Wyatt Earp's great granddaughter Wynonna battles demons and other creatures with her unique abilities and a posse of dysfunctional allies - the only thing that can bring the paranormal to justice.
TV Show Star Rating : 8  Read More

Set more than seven years after the world has become a frozen wasteland, the remnants of humanity inhabit a gigantic, perpetually-moving train that circles the globe as class warfare, social injustice and the politics of survival play out.
TV Show Star Rating : 7.4  Read More