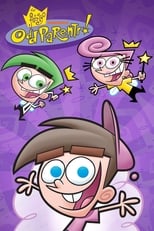 The Fairly OddParents is an American animated television series created by Butch Hartman for Nickelodeon. The series revolves around Timmy Turner, a 10-year old boy who is granted two fairy godparents named Cosmo and Wanda. The series started out as cartoon segments that ran from September 4, 1998 to March 23, 2001 on Oh Yeah! Cartoons and was later picked up as a series. The series is produced by Frederator Studios and, as of season 6, Billionfold, Inc. For the first four seasons, it was distributed outside the United States by the Canadian company, Nelvana International. Having aired for more than 16 years, The Fairly OddParents is the longest-running fantasy TV series in American television history, and currently stands as Nickelodeons second longest-running animated series (behind SpongeBob SquarePants). 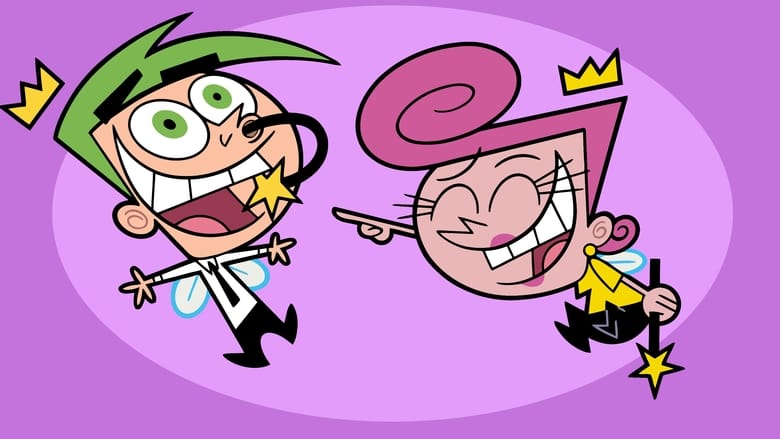 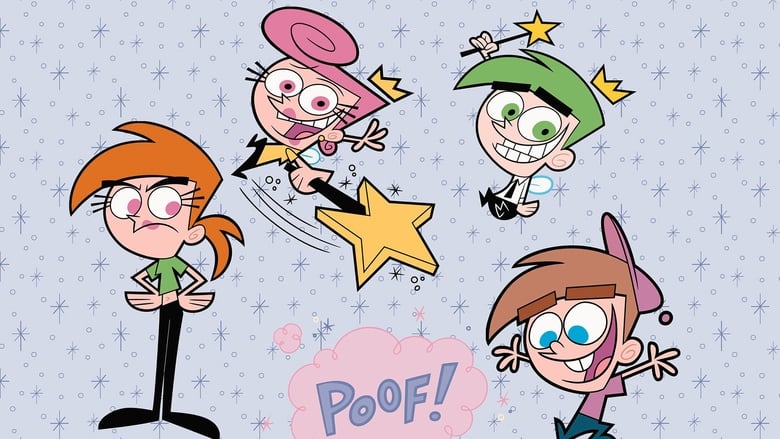 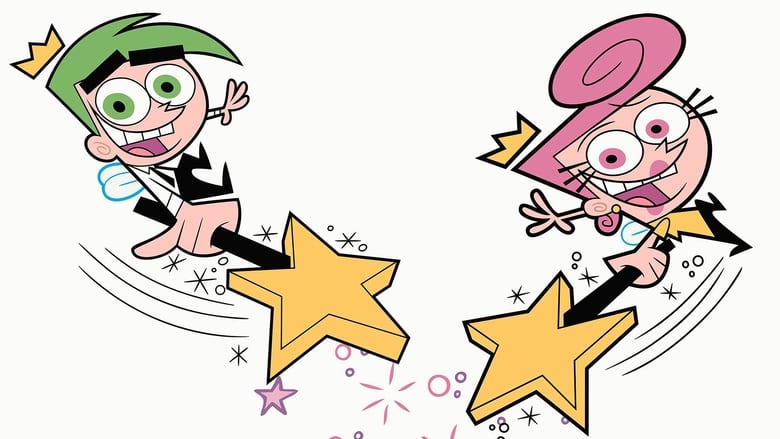 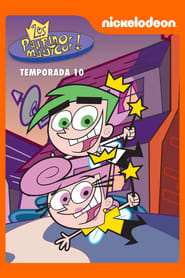 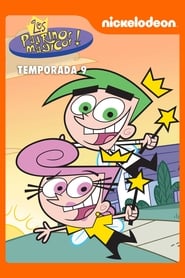 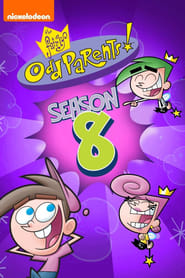 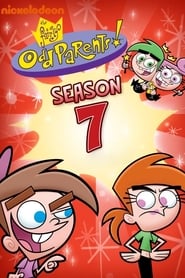 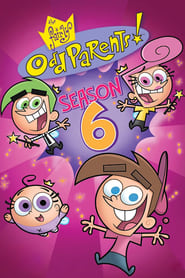 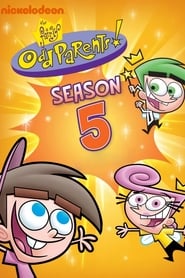 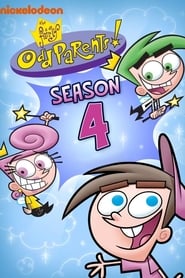 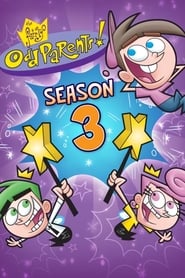 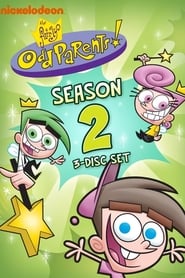 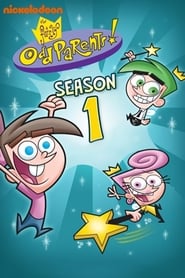 Leave It to Beaver is an American television situation comedy about an inquisitive and often naïve boy named Theodore "The Beaver" Cleaver and his adventures at home, in school, and around his suburban neighborhood. The show also starred Barbara Billingsley and Hugh Beaumont as Beaver's parents, June and Ward Cleaver, and Tony Dow as Beaver's brother Wally. The show has attained an iconic status in the US, with the Cleavers exemplifying the idealized suburban family of the mid-20th century. The show was created by writers Joe Connelly and Bob Mosher. These veterans of radio and early television found inspiration for the show's characters, plots, and dialogue in the lives, experiences, and conversations of their own children. Leave It to Beaver is one of the first primetime sitcom series written from a child's point-of-view. Like several television dramas and sitcoms of the late 1950s and early 1960s, Leave It to Beaver is a glimpse at middle-class, white American boyhood. In a typical episode Beaver got into some sort of trouble, then faced his parents for reprimand and correction. However, neither parent was omniscient; indeed, the series often showed the parents debating their approach to child rearing, and some episodes were built around parental gaffes.
TV Show Star Rating : 7.1  Read More

Mickey Mouse Clubhouse is an American animated television series, that premiered in prime time on Disney Channel on May 5, 2006. The program was originally part of the Playhouse Disney daily block intended for preschoolers. On February 14, 2011, it was moved to the Disney Junior block, serving as Playhouse Disney's replacement. It is the only Mickey Mouse program to be aimed at preschoolers. The series was co-developed by Bobs Gannaway, who is also responsible for Jake and the Never Land Pirates. Production of the show was put on a four-month suspension in the spring of 2009, due to the death of voice artist Wayne Allwine, the longtime voice of Mickey Mouse. Production resumed when Bret Iwan has been cast as the fourth performer of Mickey's voice. On June 23, 2013, Bill Farmer, the voice actor for Goofy and Pluto, confirmed on his official Twitter account that Mickey Mouse Clubhouse would cease production after 7 years of episodes. However, reruns will still continue on the Disney Junior 24/7 service.
TV Show Star Rating : 6.4  Read More

Masha is an energetic three-year-old who can’t seem to keep herself out of trouble. Bear is a warm, fatherly figure that does his best to guide his friend and keep her from harm, often ending up the unintended victim of her misadventures.
TV Show Star Rating : 6.6  Read More

I Dream of Jeannie is an American sitcom with a fantasy premise. The show starred Barbara Eden as a 2,000-year-old genie, and Larry Hagman as an astronaut who becomes her master, with whom she falls in love and eventually marries. Produced by Screen Gems, the show originally aired from September 1965 to May 1970 with new episodes, and through September 1970 with season repeats, on NBC. The show ran for five seasons and produced 139 episodes. The first season consisted of 30 episodes filmed in black and white.
TV Show Star Rating : 7.7  Read More

The gorgeous and charismatic Bo is a supernatural being called a succubus who feeds on the energy of humans, sometimes with fatal results. Refusing to embrace her supernatural clan and its rigid hierarchy, Bo is a renegade who takes up the fight for the underdog while searching for the truth about her own mysterious origins.
TV Show Star Rating : 7.4  Read More

No Game No Life

This is a surreal comedy that follows Sora and Shiro, shut-in NEET siblings and the online gamer duo behind the legendary username "Kuuhaku." They view the real world as just another lousy game; however, a strange e-mail challenging them to a chess match changes everything—the brother and sister are plunged into an otherworldly realm where they meet Tet, the God of Games. The mysterious god welcomes the two to Disboard, a world where all forms of conflict are settled through high-stake games. This system works thanks to a fundamental rule wherein each party must wager something they deem to be of equal value to the other party's wager. In this strange land where the very idea of humanity is reduced to child’s play, the indifferent genius gamer duo of Sora and Shiro have finally found a real reason to keep playing games: to unite the sixteen races of Disboard, defeat Tet, and become the gods of this new, gaming-is-everything world.
TV Show Star Rating : 8.6  Read More

The daily lives of four friends who enjoy extreme sports, surfing, and getting into some crazy situations.
TV Show Star Rating : 7.7  Read More

Hatori Chise is only 16, but she has lost far more than most. With neither family nor hope, it seems all doors are closed to her. But, a chance encounter began to turn the rusted wheels of fate. In her darkest hour, a mysterious magus appears before Chitose, offering a chance she couldn't turn down. This magus who seems closer to demon than human, will he bring her the light she desperately seeks, or drown her in ever deeper shadows?
TV Show Star Rating : 8.5  Read More

Tyler Perrys The Haves and the Have Nots - (Nov 25th)