Human Giant is a sketch comedy show on MTV, starring writer/performers Aziz Ansari, Rob Huebel, Paul Scheer and directed primarily by Jason Woliner. The show ran for two seasons. In interviews, the group has mentioned that they were offered a third season by MTV but were unable to complete it due to Ansaris commitments to the hit NBC show Parks and Recreation. However, the group has stated that MTV has left the door open for the group to complete a third season at a later date or to produce a special for the network. In 2010, Ansari, Huebel and Scheer reunited to do a skit for the 2010 MTV Movie Awards. In November 2008, The Hollywood Reporter noted the group is currently developing a feature film with Red Hour Productions, the production company run by Ben Stiller and producer Stuart Cornfeld. 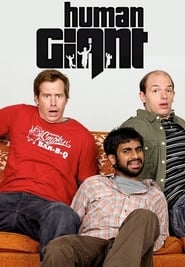 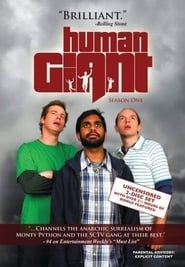 A late-night live television sketch comedy and variety show created by Lorne Michaels. The show's comedy sketches, which parody contemporary culture and politics, are performed by a large and varying cast of repertory and newer cast members. Each episode is hosted by a celebrity guest, who usually delivers an opening monologue and performs in sketches with the cast, and features performances by a musical guest.
TV Show Star Rating : 6.5  Read More

In Living Color is an American sketch comedy television series that originally ran on the Fox Network from April 15, 1990, to May 19, 1994. Brothers Keenen and Damon Wayans created, wrote and starred in the program. The show was produced by Ivory Way Productions in association with 20th Century Fox Television and was taped before a live studio audience at stage 7 at the Fox Television Center on Sunset Boulevard in Hollywood, California. The title of the series was inspired by the NBC announcement of broadcasts being presented "in living color" during the 1950s and 1960s, prior to mainstream color television. It also refers to the fact that most of the show's cast were black, unlike other sketch comedy shows such as Saturday Night Live whose casts are usually mostly white. Other members of the Wayans family—Kim, Shawn and Marlon—had regular roles, while brother Dwayne frequently appeared as an extra. The show also starred the previously unknown actor/comedians Jim Carrey, Jamie Foxx, and David Alan Grier. Additionally, actress Rosie Perez, Dancing with the Stars judge and choreographer Carrie Ann Inaba and dancer Jennifer Lopez were members of the show's dance troupe The Fly Girls. The series won the Emmy for Outstanding Variety, Music or Comedy Series in 1990.
TV Show Star Rating : 7.5  Read More

Nick Cannon and an A-list celebrity lead a team of improv comedians as they compete against each other.
TV Show Star Rating : 6.6  Read More

Chappelle's Show is an American sketch comedy television series created by comedians Dave Chappelle and Neal Brennan, with Chappelle hosting the show as well as starring in various sketches. Chappelle, Brennan and Michele Armour were the show's executive producers. The series premiered on January 22, 2003, on the American cable television network Comedy Central. The show ran for two complete seasons and a third, truncated season. After numerous delays, production of the third season of the show was abruptly ended when Chappelle left the show. Three episodes were compiled from the completed work and these episodes aired from July 9 to July 23, 2006. Re-runs frequently air on Comedy Central and around the world on MTV in Germany, Comedy Central in Brazil, The Comedy Network in Canada, The Comedy Channel and 7mate in Australia and FX in the United Kingdom. Chappelle's Show was also shown on WGN America and was syndicated to various television stations across the U.S. including MyNetworkTV. TV Guide ranked it #31 on their list of "TV's Top 100 Shows".
TV Show Star Rating : 8.1  Read More