Oprahs Big Give is a reality television series that aired Sunday nights at 9:00 PM Eastern/8:00PM Central on ABC, and is hosted by Nate Berkus. The Big Give is produced by Harpo Productions, and created and produced by Oprah Winfrey, and also produced by Bert Van Munster and Elise Doganieri. On April 20, 2008, during the final show, Stephen Paletta was declared the winner and won the $1 million. Outside the United States, the series is distributed through FremantleMedia. On May 13, 2008, ABC decided not to renew the series for a second season. 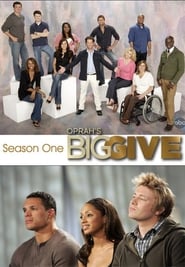