Anna Macy left Kettering when she was just 14, shortly after her best friend, Gillian Baxter mysteriously disappeared. The two girls had been playing in the forbidden forests outside Kettering when they saw strange lights in the sky. Eight hours later, Anna was found alone, terrified and covered in blood. 15 years on, Anna returns to find the town struggling to survive. The forests have been marked for logging and the community is being torn apart by passionate but violent clashes between environmentalists and the local loggers. 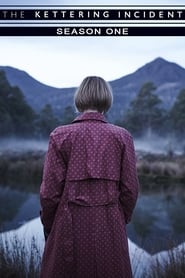 Twin brother and sister Dipper and Mabel Pines are in for an unexpected adventure when they spend the summer helping their great uncle Stan run a tourist trap in the mysterious town of Gravity Falls, Oregon.
TV Show Star Rating : 8.2  Read More

The series follows Las Vegas criminalists working for the Las Vegas Police Department as they use physical evidence to solve grisly murders in this unusually graphic drama, which has inspired a host of other cop-show "procedurals". The series mixes deduction, gritty subject matter and character-driven drama. The network later added spin-offs CSI: Miami and CSI: NY, which have both been cancelled after ten and nine seasons respectively.
TV Show Star Rating : 6.7  Read More

Stripped of everything, the survivors of a horrific plane crash must work together to stay alive. But the island holds many secrets.
TV Show Star Rating : 7.8  Read More

When 2% of the world's population abruptly disappears without explanation, the world struggles to understand just what they're supposed to do about it. The drama series 'The Leftovers' is the story of the people who didn't make the cut. Based on the bestselling novel by Tom Perrotta, 'The Leftovers' follows Kevin Garvey, a father of two and the chief of police in a small New York suburb, as he tries to maintain some semblance of normalcy when the notion no longer applies.
TV Show Star Rating : 7.7  Read More

Imagine the perfect American town... beautiful homes, manicured lawns, children playing safely in the streets. Now imagine never being able to leave. You have no communication with the outside world. You think you're going insane. You must be in Wayward Pines.
TV Show Star Rating : 6.5  Read More

4400 centers on the return of 4400 people who, previously presumed dead or reported missing, reappear on Earth. Though they have not aged physically, some of them seem to have deeper alterations ranging from superhuman strength to an unexplained healing touch. A government agency is formed to track the 4400 people after one of them commits a murder.
TV Show Star Rating : 6.9  Read More

In the late 1960s, a Los Angeles police sergeant with a complicated personal life starts tracking a small-time criminal and budding cult leader seeking out vulnerable women to join his “cause.” The name of that man is Charles Manson.
TV Show Star Rating : 6.8  Read More