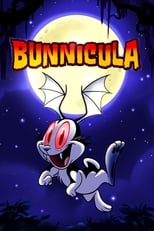 A dark comedic adventure about the titular Bunnicula, a vampire rabbit, Mina, his owner, and her two pets, Chester the cat and Harold the dog. Instead of blood, Bunnicula feeds on carrots to sustain himself which gives him super abilities which come in handy on his and his friends escapades. The series is based on the book series of the same title by James Howe and Deborah Howe. 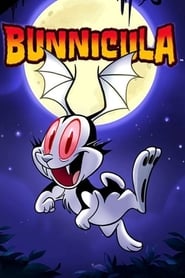 A family of friendly monsters that have misadventures all while never quite understanding why people react to them so strangely.
TV Show Star Rating : 7.6  Read More

A satirical inversion of the ideal of the perfect American nuclear family, they are an eccentric wealthy family who delight in everything grotesque and macabre, and are never really aware that people find them bizarre or frightening. In fact, they themselves are often terrified by "normal" people. The Addams Family is the creation of American cartoonist Charles Addams.
TV Show Star Rating : 7.9  Read More

One day, New York City as we know it vanished overnight into a mysterious fog. Now known as Hellsalem's Lot, it has become a place where another world beyond imagining is connected to our reality. The balance within this new world is protected by a secret society known as Libra. Leo, a journalist and photographer who arrives in the city, is unexpectedly recruited to join their ranks.
TV Show Star Rating : 7  Read More

Some of literature's most terrifying characters, including Dr. Frankenstein, Dorian Gray, and iconic figures from the novel Dracula are lurking in the darkest corners of Victorian London. Penny Dreadful is a frightening psychological thriller that weaves together these classic horror origin stories into a new adult drama.
TV Show Star Rating : 7.8  Read More

The vampire Angel, cursed with a soul, moves to Los Angeles and aids people with supernatural-related problems while questing for his own redemption. A spin-off from Buffy the Vampire Slayer.
TV Show Star Rating : 7.9  Read More

A mysterious organization is interested in fledging duelist Shobu Kirifuda's ability to bring Duel Master creatures to life. With the support of his friends, Shobu duels with passion, discipline, and heart as he strives to be like his father and become the next Kaijudo master.
TV Show Star Rating : 7.5  Read More

Ken Kaneki is a bookworm college student who meets a girl names Rize at a cafe he frequents. They're the same age and have the same interests, so they quickly become close. Little does Kaneki know that Rize is a ghoul - a kind of monster that lives by hunting and devouring human flesh. When part of her special organ - "the red child" - is transplanted into Kaneki, he becomes a ghoul himself, trapped in a warped world where humans are not the top of the food chain.
TV Show Star Rating : 8.4  Read More

A bullied teenager turns to beauty pageants as a way to exact her revenge, with the help of a disgraced coach who soon realizes he's in over his head.
TV Show Star Rating : 8  Read More