Deep in the Amazon, on the border of Brazil and Colombia, a series of bizarre deaths are investigated by a young female detective, Helena, and her partner, an indigenous policeman named Reynaldo. It becomes clear that the murders are not the biggest mystery within this jungle when the corpse of a particular young woman has no signs of aging. Simultaneously, we follow the story of Yua, and Ushe, two natives who everyone calls “the eternals”, and their battle against Joseph, a foreigner who believes the indigenous population is harboring an incredible secret. The stories and characters will collide to unravel a mystery that can change their lives, and the whole of mankind. 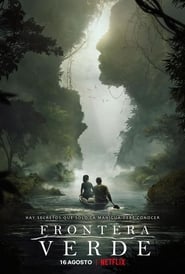