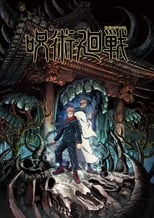 Yūji Itadori is a boy with tremendous physical strength, though he lives a completely ordinary high school life. One day, to save a friend who has been attacked by Curses, he eats a finger of Ryōmen Sukuna, taking the Curse into his own soul. From then on, he shares one body with Sukuna. Guided by the most powerful of sorcerers, Satoru Gojō, Itadori is admitted to the Tokyo Metropolitan Technical High School of Sorcery, an organization that fights the Curses... and thus begins the heroic tale of a boy who became a Curse to exorcise a Curse, a life from which he could never turn back. 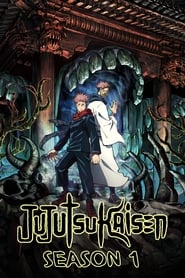 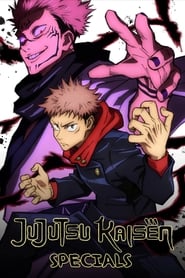 At the young age of 11, Kotoko Iwanaga was abducted by youkai for two weeks and asked to become their "God of Wisdom," a mediator between the spirit and human worlds, to which the girl quickly agreed but at the cost of her right eye and left leg. Now, six years later, whenever youkai wish for their problems to be solved, they make their way to Kotoko for consultation. Meanwhile, Kurou Sakuragawa, a 22-year-old university student, has just broken up with his girlfriend after he fled alone when the two encountered a kappa. Seeing this as her chance to become closer with him, Kotoko immediately makes her move, hoping to get married to Kurou one day. However, she quickly realizes there is something more to Kurou. With this knowledge, she asks for his help in solving the various issues presented by the supernatural, all the while wishing her newfound partner will eventually reciprocate her feelings.
TV Show Star Rating : 8.3  Read More

Ashiya has spent the first seven days of high school stuck in the infirmary because of a youkai attaching itself to him. He ends up asking the owner of a small tea room called the "Mononokean" for help. This is a tale involving the very morose owner of Mononokean guiding the youkai that happened to wander into this world go to the next world.
TV Show Star Rating : 7.6  Read More

Ushio thinks that his father's talk of an ancient ancestor impaling a demon on a temple altar stone with the legendary Beast Spear is nuts, but when he finds the monster in his own basement, Ushio has to take another look at the family legend! To save his friends and family from the invading spirits, Ushio is forced to release Tora from his captivity. But will the creature prove to be worse than the curse?
TV Show Star Rating : 7.8  Read More

The slapstick romantic comedy centers around an ordinary 16-year-old high school boy named Yūto Amakawa who is protected by a spirit—specifically, a beautiful, sword-wielding cat girl spirit named Himari. Yūto is descended from a family that has subjugated demons since time immemorial. The charm that once protected him is now impotent, but fortunately, at that same moment, Himari appears before him as his new guardian.
TV Show Star Rating : 4  Read More

Ken Kaneki is a bookworm college student who meets a girl names Rize at a cafe he frequents. They're the same age and have the same interests, so they quickly become close. Little does Kaneki know that Rize is a ghoul - a kind of monster that lives by hunting and devouring human flesh. When part of her special organ - "the red child" - is transplanted into Kaneki, he becomes a ghoul himself, trapped in a warped world where humans are not the top of the food chain.
TV Show Star Rating : 8.5  Read More