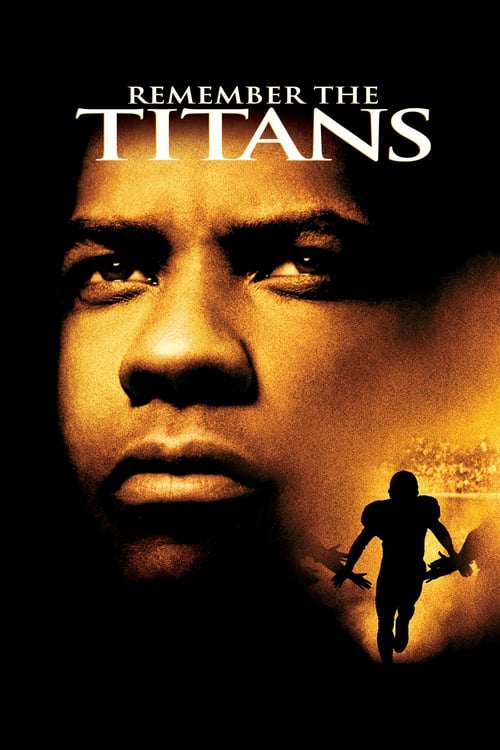 Tagline : History is written by the winners.

Plot : After leading his football team to 15 winning seasons, coach Bill Yoast is demoted and replaced by Herman Boone – tough, opinionated and as different from the beloved Yoast as he could be. The two men learn to overcome their differences and turn a group of hostile young men into champions. 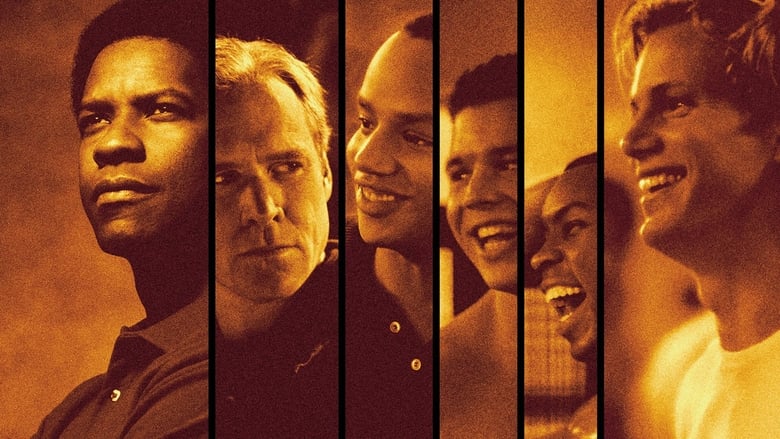 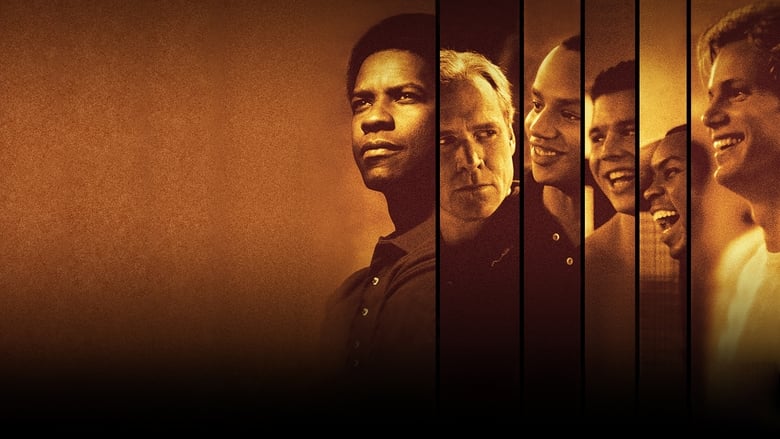 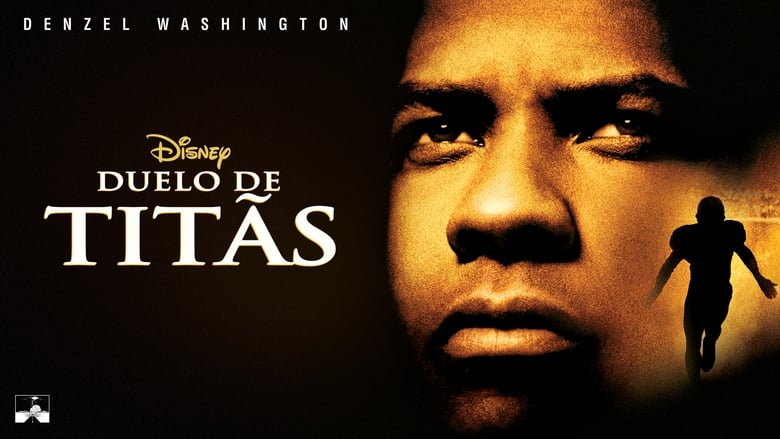 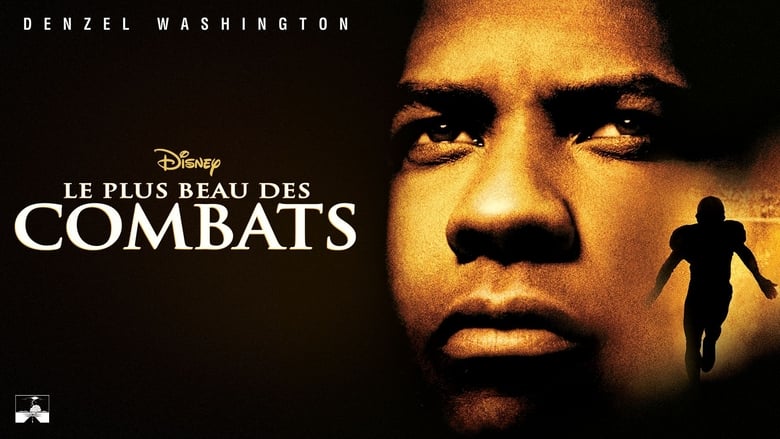 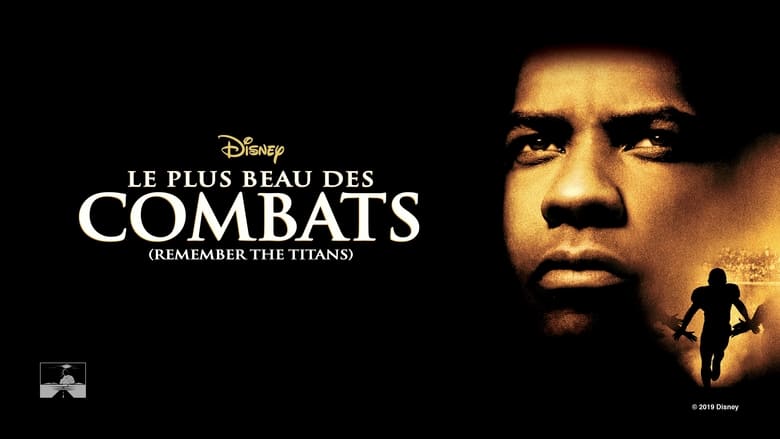 In Greek mythology, the Titans were greater even than the gods. Based on real events in 1971, where T.C. Williams High School, a now hot bed integrated school, becomes a beacon of unification via their mixed race football team. As is normally the case with films of this ilk, it quickly comes to pass that certain artistic licence has been taken with the truth. In reality the issues of race, integration and the near powder-keg atmosphere portrayed in the picture, were long past their worst in Virginia 1971. However, that should in no way detract from the thematics and truthful aspects of this Disney production. As is told in the film, the Titans did have what became known as the perfect season, whilst the bond formed between the black and white members most definitely existed. All told, the film soars high as an inspirational piece, not only for the mixed race community coming together plot's essential being, but in the crucial tale of one Gerry Bertier. That this film urged me to seek out the story of Bertier is a testament to the power of film, regardless of any sort of sentimental prodding from the film makers. It's hoped that this film also prompts newcomers to research further the topics within the story. The cast list is impressive, Denzel Washington and Will Patton find instant chemistry as the head coaches thrust together by outside influences, with both guys beautifully doing credit to the real life friendship that would be born from the situation. Ryan Hurst, Wood Harris, Ethan Suplee, Donald Faison, Kip Pardue, Craig Kirkwood and a pre-fame Ryan Gosling fill out the integrated football team. While two important female family roles are nicely portrayed by Hayden Panettiere and Nicole Ari Parker. The soundtrack is nicely put together, with the core offering of Marvin Gaye and Tammi Terrell's thumping rendition of "Ain't No Mountain High Enough" particularly potent and uplifting. Though not primarily offering up anything new in the pantheon of race and sport related movies, Remember The Titans does have so much good going for it. It's hard to be picky, even churlish about the little faults (are these actors really the age of high schoolers for example?), so hopefully come the end, after the credits roll, you will be suitably inspired and perhaps a touch more better off for having spent time with this particular football team. 8.5/10

Denzel Washington leads the team on a charge until the final whistle in Remember the Titans, a grand and inspirational football film. This Walt Disney classic is a primitive display of adversity and courage. The amount of chemistry from the then-segregated gridiron warriors was remarkable and helped propel this film as a truly great and heartfelt sports movie for every generation to experience. 5/5

Similar Movies to Remember the Titans

After he and his first wife separate, journalist David Sheff struggles to help their teenage son, who goes from experimenting with drugs to becoming devastatingly addicted to methamphetamine.
Movie Star Rating : 7.5  Read More

Phillip is a wealthy quadriplegic who needs a caretaker to help him with his day-to-day routine in his New York penthouse. He decides to hire Dell, a struggling parolee who's trying to reconnect with his ex and his young son. Despite coming from two different worlds, an unlikely friendship starts to blossom.
Movie Star Rating : 7.1  Read More

A tenacious attorney uncovers a dark secret that connects a growing number of unexplained deaths to one of the world's largest corporations. In the process, he risks everything — his future, his family, and his own life — to expose the truth.
Movie Star Rating : 7.5  Read More

The true story of a small town, working class father who embarks on a solo walk across the U.S. to crusade against bullying after his son is tormented in high school for being gay.
Movie Star Rating : 6.6  Read More

On the cusp of his 30th birthday, Jonathon Larson, a promising young theater composer, navigates love, friendship, and the pressures of life as an artist in New York City.
Movie Star Rating : 7.8  Read More

The staff of an American magazine based in France puts out its last issue, with stories featuring an artist sentenced to life imprisonment, student riots, and a kidnapping resolved by a chef.
Movie Star Rating : 7.2  Read More

A waitress agrees to accompany an exotic dancer, her put-upon boyfriend, and her mysterious and domineering roommate on a road trip to Florida to seek their fortune at a high-end strip club.
Movie Star Rating : 6.2  Read More

What was supposed to be a peaceful protest turned into a violent clash with the police. What followed was one of the most notorious trials in history.
Movie Star Rating : 7.7  Read More

Jordan Sanders, a take-no-prisoners tech mogul, wakes up one morning in the body of her 13-year-old self right before a do-or-die presentation. Her beleaguered assistant April is the only one in on the secret that her daily tormentor is now trapped in an awkward tween body, just as everything is on the line.
Movie Star Rating : 6.9  Read More

An All-American football player's dreams to play in the NFL are halted when he is falsely accused of rape and sent to prison.
Movie Star Rating : 7.2  Read More