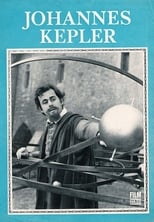 Europe, 1620: The well-known astronomer and mathematician Johannes Kepler, who teaches as a professor in Linz, receives the message that his mother is prosecuted as a witch in Württemberg. The truth behind the allegations is rather simple: His mother has been denunciated by a former friend after an argument with the authorities. Kepler tries desperately to convince the prosecutors of the absurdity of their allegations with rational arguments.