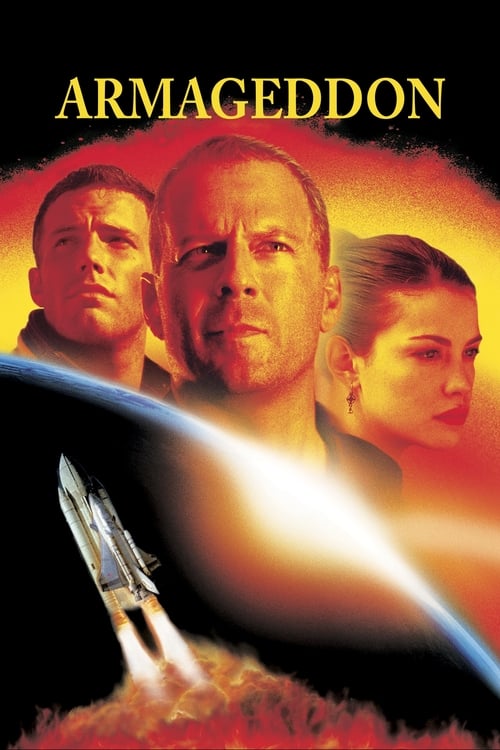 Tagline : The Earth's Darkest Day Will Be Man's Finest Hour

Plot : When an asteroid threatens to collide with Earth, NASA honcho Dan Truman determines the only way to stop it is to drill into its surface and detonate a nuclear bomb. This leads him to renowned driller Harry Stamper, who agrees to helm the dangerous space mission provided he can bring along his own hotshot crew. Among them is the cocksure A.J. who Harry thinks isn't good enough for his daughter, until the mission proves otherwise. 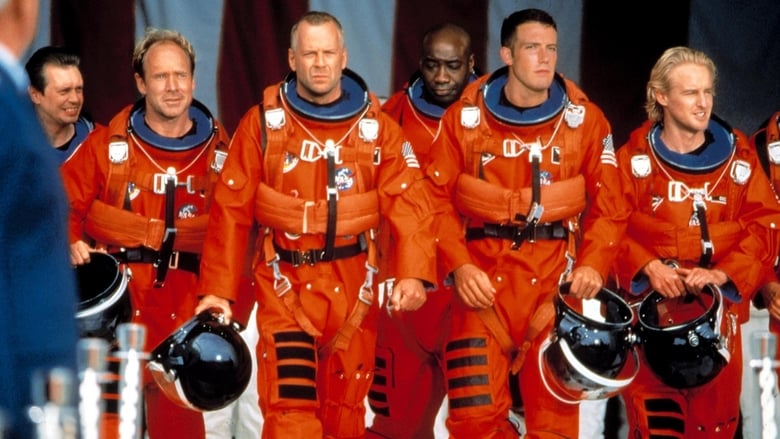 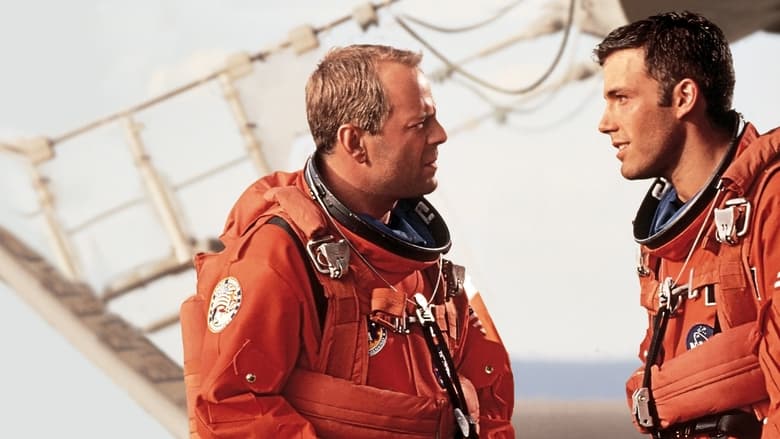 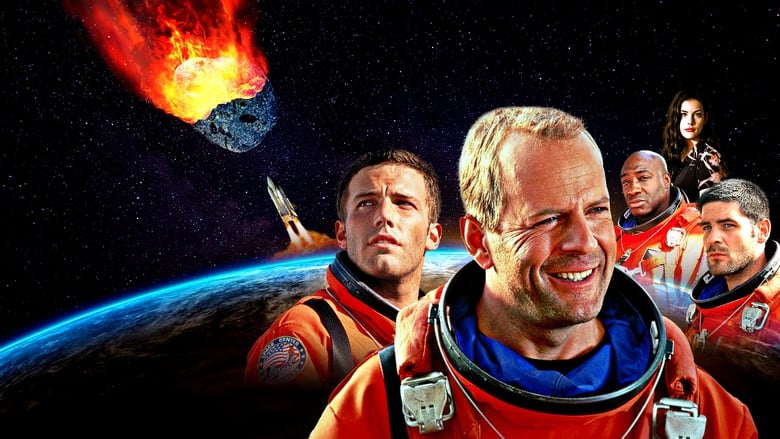 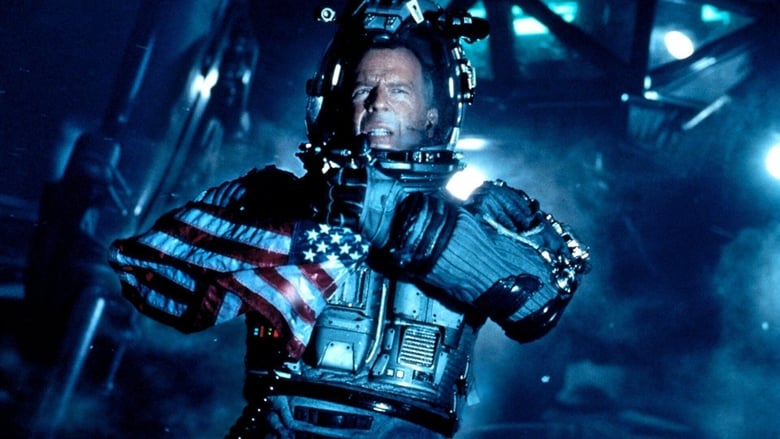 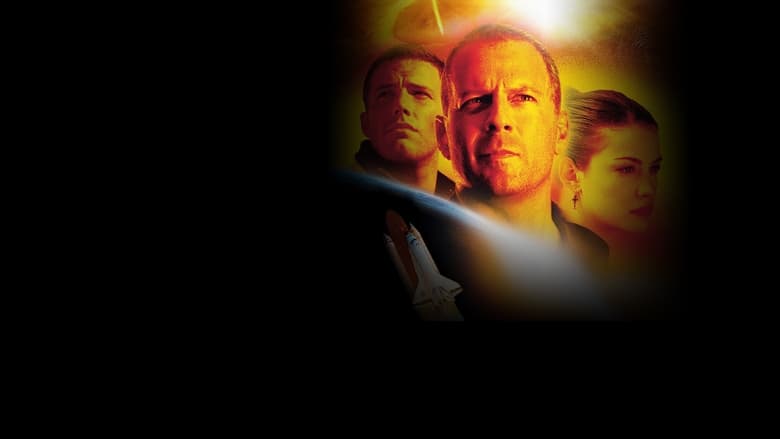 It's Bayhem time again. An asteroid the size of Texas is heading towards Earth, the consequence if it hits is a global killer, the end of mankind. In spite of the billions invested in the space programme, NASA has no answers other than the notion that the asteroid will need to be nuked, from the inside. Enter Harry Stamper and his rough and rugged crew of deep core drillers. Can NASA get these men up on the asteroid and do the job? The fate of mankind rests with a bunch of odd balls! Perhaps because I have a particular kink for the disaster picture, I find it hard to understand the hate for Armageddon. I am after all a man who gleefully defends The Towering Inferno et al with staunch defiance. Armageddon does exactly what was expected from it, ridiculous high octane entertainment with laughs, peril and obligatory chest thumping bravado. All of course cloaked in director Michael Bay's gleeful insistence on blowing things up with devilish panache. Sure there are some twee moments, sure there is some less than great acting on show, but you know what? It's a disaster picture for Michael Bay's crying out loud sake! Check the brain at the door, turn the sound and colour systems up, enjoy the effects on offer and singalong to Aeromith's smashing, "I Don't Want To Miss A Thing". Armageddon, does exactly what it says on the cover, don't take it so serious folks. 8/10

Good watch, might watch again, and can recommend. This has a great premise and stacked cast which is incredibly well balanced not only between the "diggers", but the control crew and the astronauts as well. While they take that opportunity use the characters to really build the world, the story really just boils down to "meteor going to kill earth" and "guy and girl connection, but girl's daddy doesn't like". Surprisingly the latter takes up a significant amount of time in the movie, but everyone gets their moment in the spotlight. Steve Buscemi definitely has some of the most memorable moments in the movie. This is the first movie I can think of that has this sort of detail of space travel, let alone tried to simulate the hellish landscape of an asteroid. It really feels like they put the production value into not only to making the movie look good but getting the details right. This is a "I laughed, I cried" sort of movie, and while I don't think it does any one thing especially well, it definitely delivers a solidly good experience.

This starts off quite entertaingly as "Stamper" (Bruce Willis) discovers that his daughter "Grace" (Liv Tyler) has been having a romance with one of his employees "AJ" (Ben Affleck) and so chases him around a drilling establishment taking pot shots at him with a shotgun. Sadly, though, this silliness is soon replaced by a greater one as we discover a great meteor is heading our way and "Stamper" and his team might be the only hope for mankind. Egged on by "Truman" (Billy Bob Thornton) they must quickly learn to be astronauts, then by way of a Russian space station, head into space to plant a gazillion ton nuclear bomb on the thing so it will split up and harmlessly pass us by. This is probably Willis at the top of his game, lively and mischievous and Affleck was at his most eye-catching, but the rest of this just just fits nicely into the well trodden sphere of sci-fi disaster movie. The visual effects are fine, but the dialogue is pretty pedestrian and the ending has a cheesy sentimentality to it that made my eyes roll. It is far, far too long. We spend at least an hour faffing about on the preamble, establishing the characters and when finally lift off comes, I was not entirely convinced the meteor wasn't welcome. There is quite a fun contribution from cosmonaut "Andropov" (Peter Stormare) who knows just how to fix high-spec technology, but otherwise this is all just a rather colourful vehicle for the star that is enjoyable enough, eventually, but really nothing to phone home about.