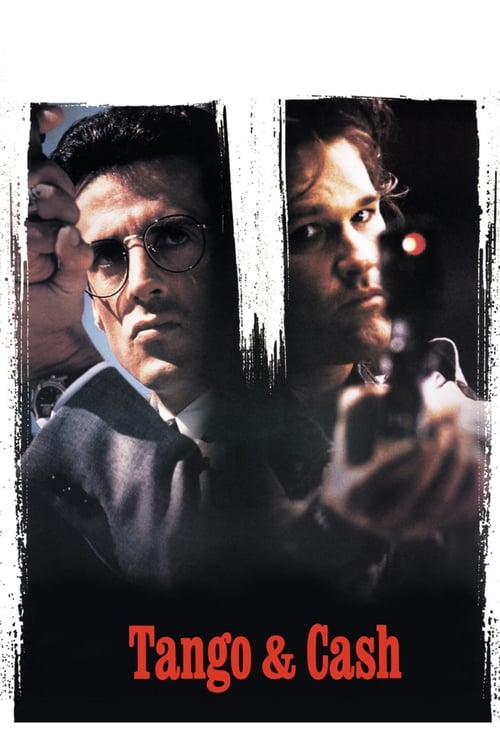 Tagline : Two of L.A.'s top rival cops are going to have to work together... Even if it kills them.

Plot : Ray Tango and Gabriel Cash are narcotics detectives who, while both being extremely successful, can't stand each other. Crime Lord Yves Perret, furious at the loss of income that Tango and Cash have caused him, frames the two for murder. Caught with the murder weapon on the scene of the crime, the two have no alibi. Thrown into prison with most of the criminals they helped convict, it appears that they are going to have to trust each other if they are to clear their names and catch the evil Perret. 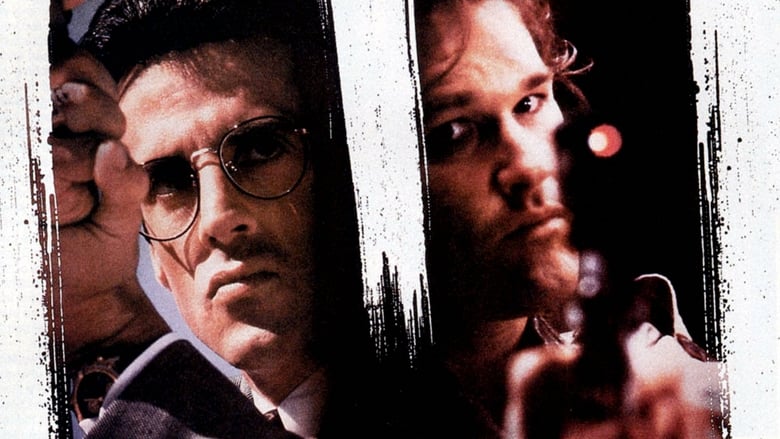 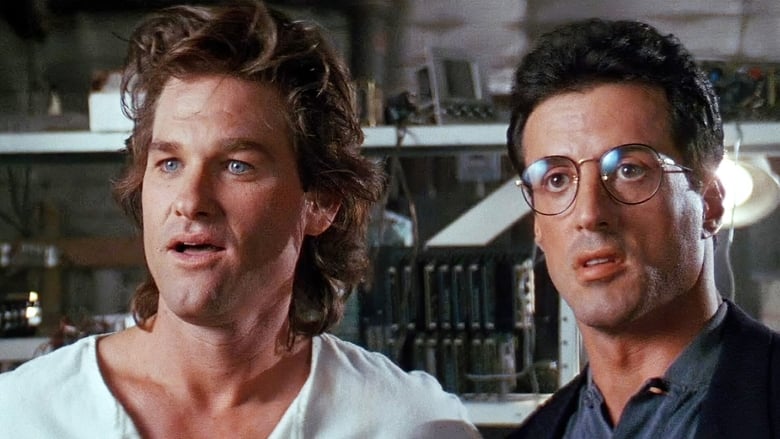 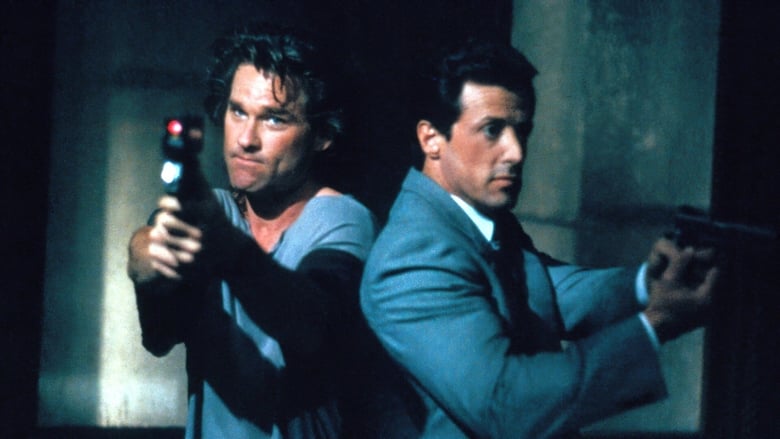 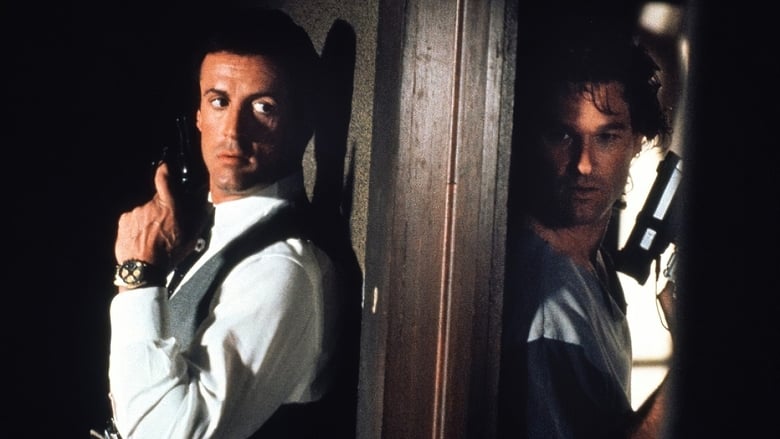 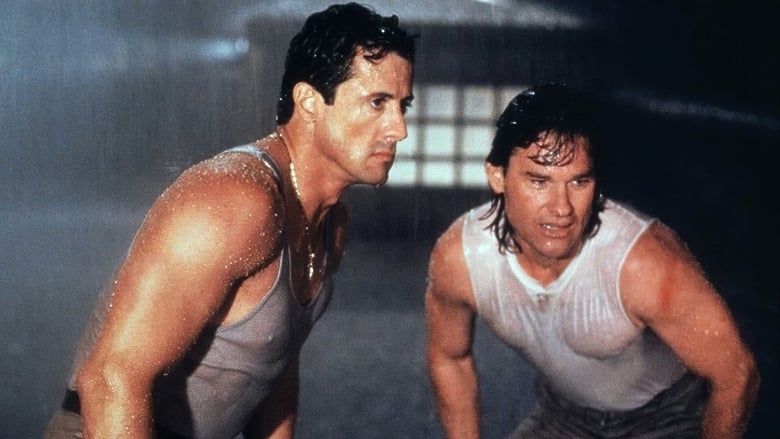 If you really wanted to stare death in the eye, you shoulda gotten married. Sylvester Stallone and Kurt Russell play polar opposite Los Angeles cops who are framed by an arch nemesis and forced to team up in order to clear their name. Unashamedly macho and very much of its time, this is daft energetic fun that's full of octane inventive action and ever quotable one liners. Stallone is Tango, the smart dressed sophisticated policeman, Russel is Cash, the slobbish act first - ask questions later copper, both men very different but both excellent at their jobs. Pic gets by mostly on the chemistry between Stallone and Russell, who put much zest into their respective characters bickering and bantering. Action is well put together by director Andrey Konchalovskiy, but unfortunately the final third of the piece starts to sag as our mismatched cops start to respect and befriend each other and the plot reaches the inevitable conclusion. It doesn't help matters that Jack Palance's main villain is only a bit part player, or that his head henchman Requin (the usually ace Brion James) gives us a quite appalling British accent. Add in Teri Hatcher who is in it purely for dressage and as a cypher between the two boys, then it's a picture not without problems. Yet the script and star turns from the leading duo ensure this remains a favourite of many whom lapped it up back in the backend of the 1980s. 7/10

Jack Sadelstein, a successful advertising executive in Los Angeles with a beautiful wife and kids, dreads one event each year: the Thanksgiving visit of his twin sister Jill. Jill's neediness and passive-aggressiveness is maddening to Jack, turning his normally tranquil life upside down.
Movie Star Rating : 4.3  Read More

Cal Weaver is living the American dream. He has a good job, a beautiful house, great children and a beautiful wife, named Emily. Cal's seemingly perfect life unravels, however, when he learns that Emily has been unfaithful and wants a divorce. Over 40 and suddenly single, Cal is adrift in the fickle world of dating. Enter, Jacob Palmer, a self-styled player who takes Cal under his wing and teaches him how to be a hit with the ladies.
Movie Star Rating : 7.3  Read More

When Kermit the Frog and the Muppets learn that their beloved theater is slated for demolition, a sympathetic human, Gary, and his puppet brother, Walter, swoop in to help the gang put on a show and raise the $10 million they need to save the day.
Movie Star Rating : 6.6  Read More

When a small-town Irish cop with a crass personality is partnered with a straight-laced FBI agent to bust an international drug-trafficking ring, they must settle their differences in order to take down a dangerous gang.
Movie Star Rating : 7  Read More

Los Angeles, 1949. Ruthless, Brooklyn-born mob king Mickey Cohen runs the show in this town, reaping the ill-gotten gains from the drugs, the guns, the prostitutes and — if he has his way — every wire bet placed west of Chicago. And he does it all with the protection of not only his own paid goons, but also the police and the politicians who are under his control. It’s enough to intimidate even the bravest, street-hardened cop… except, perhaps, for the small, secret crew of LAPD outsiders led by Sgt. John O’Mara and Jerry Wooters who come together to try to tear Cohen’s world apart.
Movie Star Rating : 6.3  Read More

A chronicle of the decade-long hunt for al-Qaeda terrorist leader Osama bin Laden after the September 2001 attacks, and his death at the hands of the Navy S.E.A.L. Team 6 in May, 2011.
Movie Star Rating : 7  Read More

In post-Sept. 11 Los Angeles, tensions erupt when the lives of a Brentwood housewife, her district attorney husband, a Persian shopkeeper, two cops, a pair of carjackers and a Korean couple converge during a 36-hour period.
Movie Star Rating : 7.2  Read More