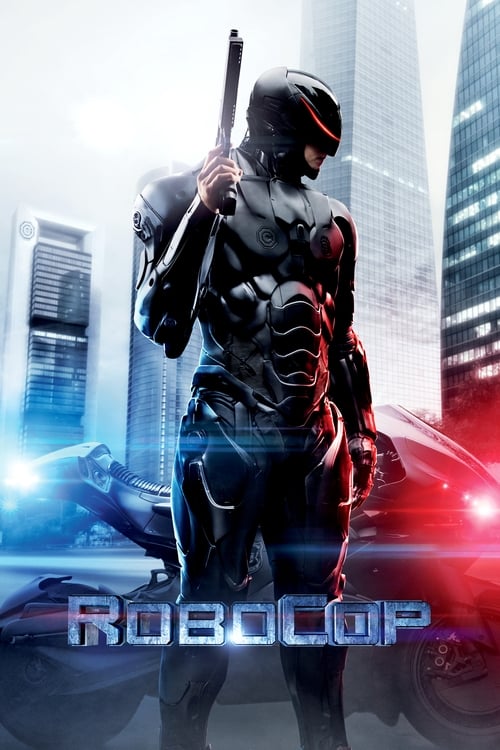 Tagline : We've got the future under control.

Plot : In RoboCop, the year is 2028 and multinational conglomerate OmniCorp is at the center of robot technology. Overseas, their drones have been used by the military for years, but have been forbidden for law enforcement in America. Now OmniCorp wants to bring their controversial technology to the home front, and they see a golden opportunity to do it. When Alex Murphy – a loving husband, father and good cop doing his best to stem the tide of crime and corruption in Detroit – is critically injured, OmniCorp sees their chance to build a part-man, part-robot police officer. OmniCorp envisions a RoboCop in every city and even more billions for their shareholders, but they never counted on one thing: there is still a man inside the machine. 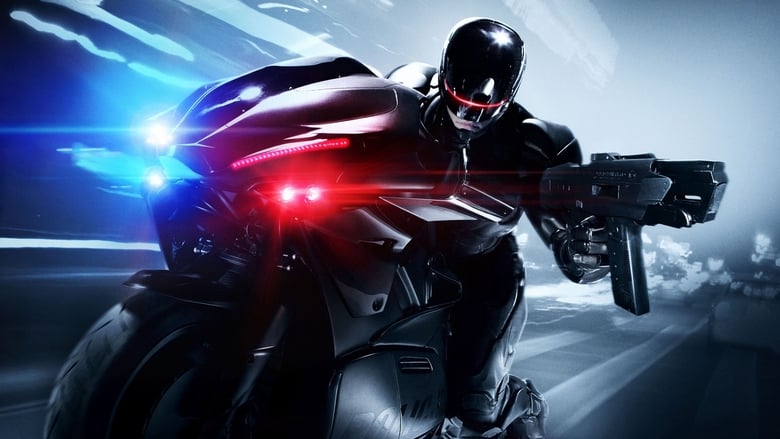 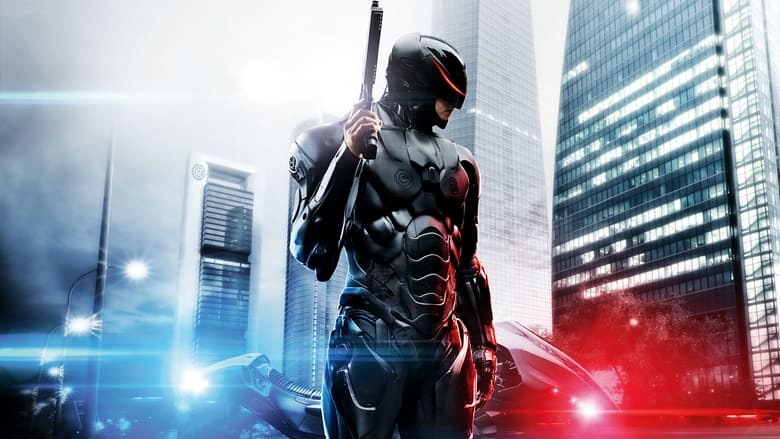 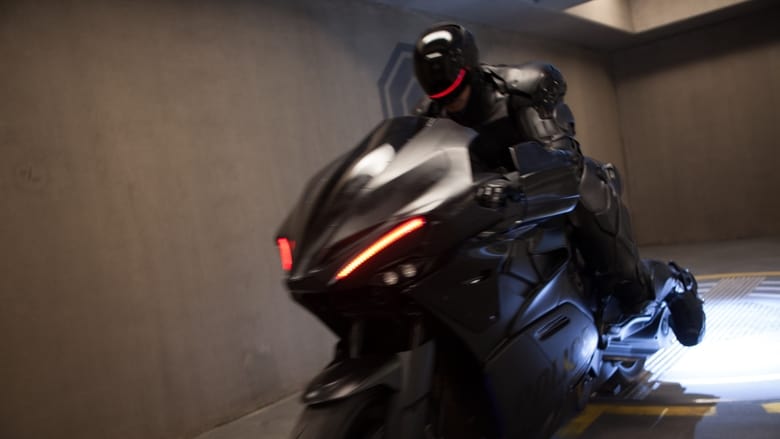 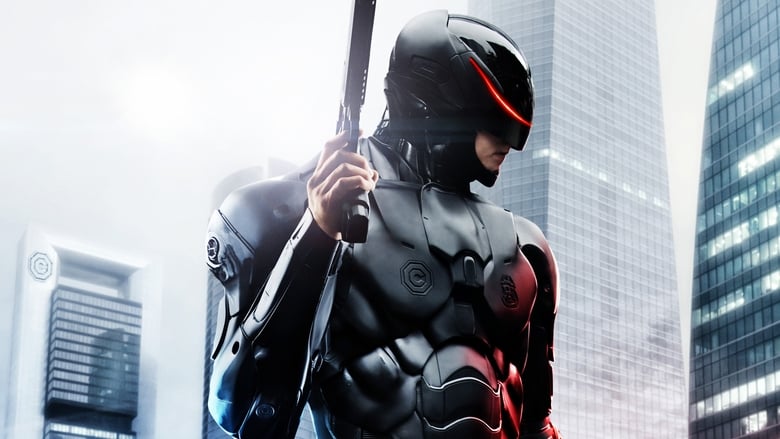 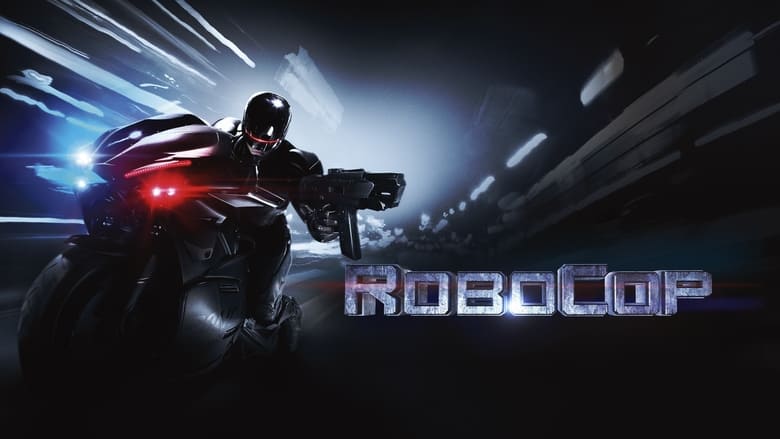 I must confess that, when I sat down to watch this movie, I was prepared to be disappointed. Well, it was not as bad as I feared but I was not really impressed either. There are some good parts in the movie and, of course, the special effects are more up to todays standards. However it lacks a lot of the appeal, the over the top gory violence and the cartoonish wow-factor that the original has. I guess it is because they wanted that silly PG-13 rating in the hope of raking in more cash. It is not the first time Hollywood greed have ruined a good movie unfortunately. The beginning of the movie is not bad. Taking out Murphy with a simple car bomb was rather disappointing though. Again here the movie lacks the gritty and brutal aspect that the original had. The parts where Murphy is awaken in the secret(?) research and manufacturing facility and him freaking out when discovering what he as become was enjoyable. Then it really starts to go downhill in what I usually refer to stupid Hollywood scripting. Ten minutes before Robocop is about to make his public debut then they do a huge info dump into his brain? That is just so poor unintelligent scripting. Of course it went to hell. The special effects are quite okay but again the scripting is just nonsense. Most of the time this highly intelligent combat cyborg is just rushing straight into the fire blasting away like some Terminator/Rambo wannabe. Sure it makes for some good firefights but it is still poor scripting. Then the ending. What was that? I do not refer to the actual ending where Murphy, luckily, prevails but the part after that with the TV-presenter (or whatever he was in the end) rambling on about traitors etc. That was just there to show the audience that they hoped to do a sequel but the nonsensical outburst did not really much sense. Actually I thought that those TV-presenter scenes where generally just a nuisance. On the whole it is not really a bad movie but it is sorely lacking the appeal of the original. Too a large extent this is due to it being reduced to a teenage no-rude-language-please type of movie lacking the dark and gory aspect of the original. The poor script doesn’t help of course. I am not sorry that I spent time watching it but the feeling afterwards where a bit…meh.

Decent remake with well done FX and with quite an impressive cast that keeps a proper level... but flat. No only it doesn't contribute anything new to the prior movie but also lacks on humor and deeper psychological insight.

1986 Gyunggi Province. The body of a young woman is found brutally raped and murdered. Two months later, a series of rapes and murders commences under similar circumstances. And in a country that had never known such crimes, the dark whispers about a serial murderer grow louder. A special task force is set up in the area, with two local detectives Park Doo-Man and Jo Young-Goo joined by a detective from Seoul who requested to be assigned to the case.

In the year 2455, Old Earth is now a contaminated planet abandoned for centuries - a brown world of violent storms, toxic landmasses and poisonous seas. Yet humans have returned to the deadly place that they once fled, not to live, but to research the ancient, rusting artifacts of the long-gone civilizations. But it's not the harmful environment that could prove fatal to the intrepid, young explorers who have just landed on Old Earth. For them, it's Friday the 13th, and Jason lives!

In a corporate-controlled future, an ultra-violent sport known as Rollerball represents the world, and one of its powerful athletes is out to defy those who want him out of the game.

In a hospital on the outskirts of 1920s Los Angeles, an injured stuntman begins to tell a fellow patient, a little girl with a broken arm, a fantastic story about 5 mythical heroes. Thanks to his fractured state of mind and her vivid imagination, the line between fiction and reality starts to blur as the tale advances.

If your enemy refuses to be humbled... Destroy him. Accompanied by his brother Kurt (Van Damme), American kickboxing champion Eric Sloane (Dennis Alexio), arrives in Thailand to defeat the Eastern warriors at their own sport. His opponent: ruthless fighter and Thai champion, Tong Po. Tong not only defeats Eric, he paralyzes him for life. Crazed with anger, Kurt vows revenge.

Jason Voorhees, the living, breathing essence of evil, is back for one fierce, final fling! Tracked down and blown to bits by a special FBI task force, everyone now assumes that he's finally dead. But everybody assumes wrong. Jason has been reborn with the bone-chilling ability to assume the identity of anyone he touches. The terrifying truth is that he could be anywhere, or anybody. In this shocking, blood-soaked finale to Jason's carnage-ridden reign of terror, the horrible secret of his unstoppable killing instinct is finally revealed. And once you know the chilling facts, you'll see him in your nightmares! And he'll see you in hell!

In 1978, $20 million was stolen from a Detroit bank. One of the robbers was caught, one was found dead, and the third disappeared. The money was never found. Seven years later, the robber who was caught was released from jail. He immediately went to Miami, only to be found dead the next day. Now FBI agents Doug Bennet and Steve Forest have been called in to investigate the case while posing as Miami police officers. Somewhere in Miami the third robber is hiding with his $20 million, and he has a seven-year head start on the authorities.

Rachel Keller must prevent evil Samara from taking possession of her son's soul.

In order to release his kidnapped sister, sports car mechanic Jackie Chan has to beat a super-criminal street racer.

An executive of a shoe company becomes a victim of extortion when his chauffeur's son is kidnapped and held for ransom.