Wetten, dass..? was a long-running German-language entertainment television show. It is the most successful Saturday television show in Europe. Its format was the basis for the British show You Bet! and the American show Wanna Bet?. The shows were broadcast live six to seven times a year from different cities in Germany, Austria, and Switzerland. There have also been seven open-air summer shows, broadcast from Amphitheatre Xanten, Plaça de Toros de Palma de Mallorca, Disneyland Paris, Waldbühne Berlin, and Aspendos Roman Theatre. Each of the shows, which were shown without commercial interruption, were usually scheduled to last for about two hours, but it was not uncommon for a show to run as much as 45 minutes longer. 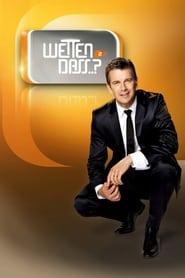 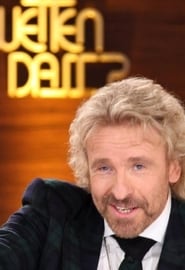 The Crystal Maze was a British game show, produced by Chatsworth Television and shown on Channel 4 in the United Kingdom between 15 February 1990 and 10 August 1995. There was one series per year, with the first four series presented by Richard O'Brien and the final two by Ed Tudor-Pole. Each show was one hour long, including adverts. The show was originally intended to be a British remake of the French programme Fort Boyard, devised by Jacques Antoine. However, the unavailability of the French show's set led British producer Malcolm Heyworth to reinvent the show, using themed zones as a means to keep the show visually fresh. The series is set in "The Crystal Maze", which features four different "zones" set in various periods of time and space. A team of six contestants take part in a series of challenges in order to win "time crystals". Each crystal gives the team five seconds of time inside "The Crystal Dome", the centrepiece of the maze where the contestants take part in their final challenge. The maze cost £250,000 to build and was the size of two football pitches. At its height the show was the most watched on Channel 4, regularly attracting between 4 and 6 million viewers. In 2006 and again in 2010, the show was voted "greatest UK game show of all time" by readers of UKGameshows.com. This site describes the programme as "a highly-ambitious, high-risk show that paid off handsomely."
TV Show Star Rating : 7.2  Read More

Illusionists Penn & Teller throw down the gauntlet to aspiring magicians to perform their most mystifying trick - and fool Penn and Teller. Penn & Teller have no prior knowledge of either the performers or the planned trick. They sit in the audience just like everyone else, watching every move the guest magicians make. If any illusionist fools the professionals, they win a five star trip to Las Vegas to perform as the opening act in Penn & Teller's world famous show at the Rio Hotel & Casino.
TV Show Star Rating : 7.3  Read More

A Swedish game show based on "Are You Smarter Than a 5th Grader?"
TV Show Star Rating : 0  Read More

The game that has become a worldwide phenomenon comes to life as teams of two people use their wits and physical agility to compete on enormous, interactive game boards featuring next generation technology to conquer Candy Crush and be crowned the champions.
TV Show Star Rating : 5.5  Read More

John Torode and Gregg Wallace are looking for the country's next star chef. Those who make it through to the quarter-final must prove their knowledge and passion for food. The heats have produced four exceptional cooks, but only one of them will make it through today to become a semi-finalist. Initially named Masterchef Goes Large, the series changed it's name to Masterchef in 2008.
TV Show Star Rating : 4.8  Read More

Passengers in a specially outfitted taxi are surprised and offered the chance to win money by correctly answering a series of general knowledge or trivia questions on the way to their destination.
TV Show Star Rating : 0  Read More