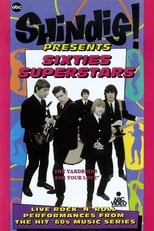 Shindig! is an American musical variety series which aired on ABC from September 16, 1964 to January 8, 1966. The show was hosted by Jimmy ONeill, a disc jockey in Los Angeles at the time who also created the show along with his wife Sharon Sheeley and production executive Art Stolnitz. The original pilot was rejected by ABC and David Sontag, then Executive Producer of ABC, redeveloped and completely redesigned the show. A new pilot with a new cast of artists was shot starring Sam Cooke. That pilot aired as the premiere episode.

The Dean Martin Show, also known as The Dean Martin Variety Show, is a TV variety-comedy series that ran from 1965 to 1974 for 264 episodes. It was broadcast by NBC and hosted by entertainer Dean Martin. The theme song to the series was his 1964 hit "Everybody Loves Somebody."
TV Show Star Rating : 7.3  Read More

These days, variety entertainment is gradually disappearing. It is one of Korea's representative variety entertainment shows that has been in charge of Sunday evenings for over 10 years. In this program, many stars and members play games and missions together. It is characterized by going around several places. In particular, this program focuses solely on laughter among the many fun elements of entertainment. Open your eyes! Big fun enters! Open your mouth! A big smile enters! Open your mind! Instructive lesson enters!
TV Show Star Rating : 8.459  Read More

You Quiz On The Block

“Are you ready for a surprise quiz?” Yoo Jae-suk and Jo Se-ho meet ordinary citizens in the streets and give them surprise quizzes!
TV Show Star Rating : 7.8  Read More