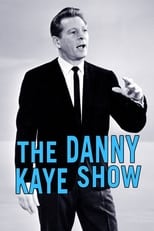 The Danny Kaye Show is an American variety show hosted by Danny Kaye that aired on CBS from 1963 to 1967 on Wednesday nights. Directed by Robert Scheerer, the show premiered in black-and-white, but later switched to color broadcasts. At the time, Kaye was at the height of his popularity, having starred in a string of successful films in the 1940s and 50s, made successful personal appearances at such venues as the London Palladium, and appeared many times on television. His most recent films had been considered disappointing, but the television specials he starred in were triumphant, leading to this series. Prior to his television and film career, Kaye had made a name for himself with his own radio show, and numerous other guest appearances on other shows.

These days, variety entertainment is gradually disappearing. It is one of Korea's representative variety entertainment shows that has been in charge of Sunday evenings for over 10 years. In this program, many stars and members play games and missions together. It is characterized by going around several places. In particular, this program focuses solely on laughter among the many fun elements of entertainment. Open your eyes! Big fun enters! Open your mouth! A big smile enters! Open your mind! Instructive lesson enters!
TV Show Star Rating : 8.459  Read More

The Steve Allen Show is an American variety show hosted by Steve Allen from June 1956 to June 1960 on NBC, from September 1961 to December 1961 on ABC, and in first-run syndication from 1962 to 1964. The first three seasons aired on Sunday nights at 8:00pm Eastern Time, then on Mondays at 10:00pm Eastern in the 1959-60 season. After a season's absence, the series briefly returned on Wednesdays at 7:30pm Eastern. The syndicated version aired mostly in late nights. The program, between September 1957 and June 1960 became one of the first programs to be telecast in "compatible color" Kinescopes of the NBC version were later rerun on Comedy Central in the early 1990s, with new introductions by Allen.
TV Show Star Rating : 1  Read More

Shindig! is an American musical variety series which aired on ABC from September 16, 1964 to January 8, 1966. The show was hosted by Jimmy O'Neill, a disc jockey in Los Angeles at the time who also created the show along with his wife Sharon Sheeley and production executive Art Stolnitz. The original pilot was rejected by ABC and David Sontag, then Executive Producer of ABC, redeveloped and completely redesigned the show. A new pilot with a new cast of artists was shot starring Sam Cooke. That pilot aired as the premiere episode.
TV Show Star Rating : 7  Read More