Absolutely is a popular UK television comedy sketch show shown on Channel 4 between 1989 and 1993. The cast and crew were mainly Scottish; the principal writers and performers were Moray Hunter, Jack Docherty, Peter Baikie, Gordon Kennedy, Morwenna Banks and John Sparkes. It was directed by Phil Chilvers, Alan Nixon, Alistair Clark, and Graham C Williams. The shows producers were Alan Nixon, and David Tyler 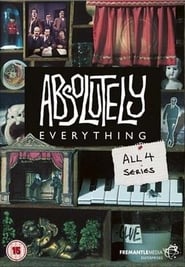 Smack the Pony is a British sketch comedy show that ran from 1999 until 2003 on Channel 4. The main performers on the show were Fiona Allen, Doon Mackichan, and Sally Phillips. There were also regular appearances from Sarah Alexander, Darren Boyd, and Cavan Clerkin. The show's popular theme tune was Dusty Springfield's song In the Middle of Nowhere, sung by Jackie Clune. As well as the three principal cast members, the show was written by a large number of writers, the core of which went on to write Green Wing and Campus. In Germany, the first transmission of the show aired on ProSieben, where the theme tune was changed to Texas' 2001 version of I Don't Want a Lover, and featured a different title sequence. Among the show's regular themes were unsuccessful relationships, competition in the workplace and latent lesbianism, but sketches would also dip into the surreal; such as two women jumping from their car as they neared a parking space, and brushing in front of the path of their car to help it move further forward, as in curling. Two regular strands involved a series of different women making dating agency videos about their general likes and dislikes, and a musical parody that would close the show.
TV Show Star Rating : 8  Read More