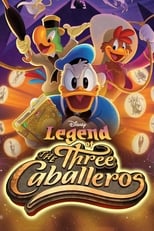 Legend of the Three Caballeros

When Donald Duck inherits a cabana from his great-grandfather Clinton Coot in the New Quackmore Institute alongside Brazilian parrot José Carioca and Mexican rooster Panchito Gonzalez, they discover a magical book that when opened releases a goddess named Xandra. The goddess explains that Donald, José, and Panchito are the descendants of a trio of adventurers known as The Three Caballeros, who long ago traveled to stop the evil sorcerer Lord Felldrake from taking over the world and ultimately sealed him in a magical staff. Meanwhile, the staff containing Felldrake is discovered by his descendant Baron Von Sheldgoose, the corrupt President of the New Quackmore Institute. As Sheldgoose sets out to revive Felldrake, the new Three Caballeros must learn to become heroes to save the world from disaster. 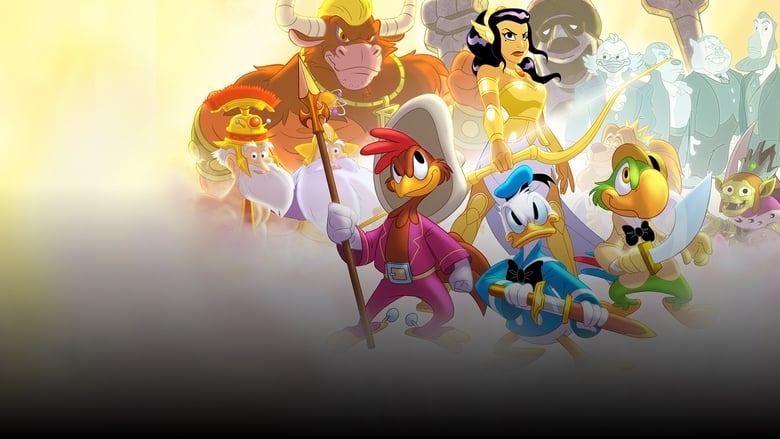 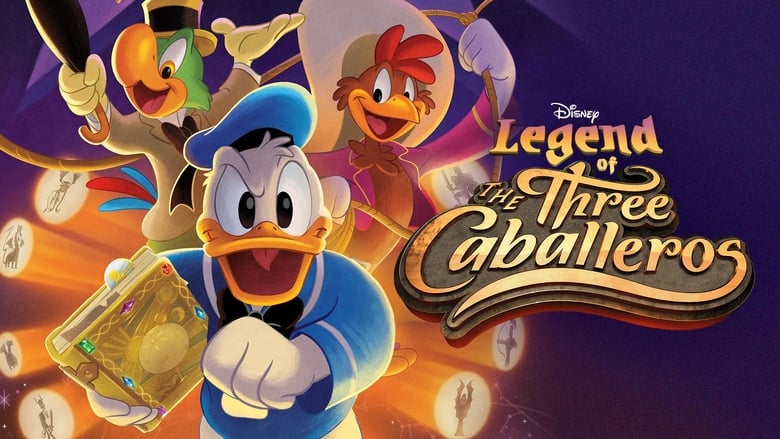 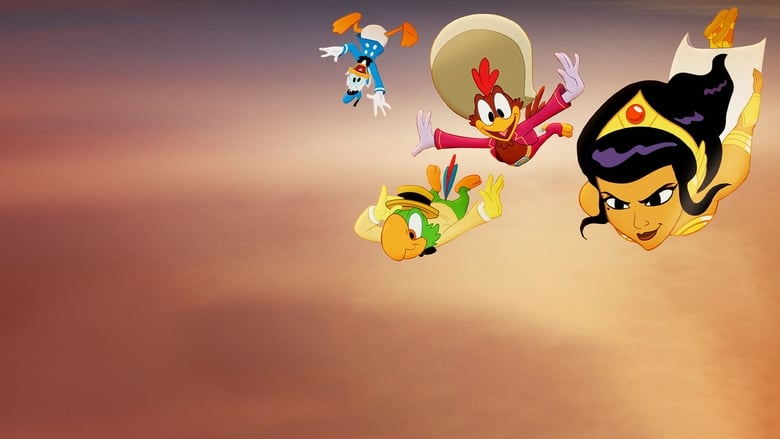 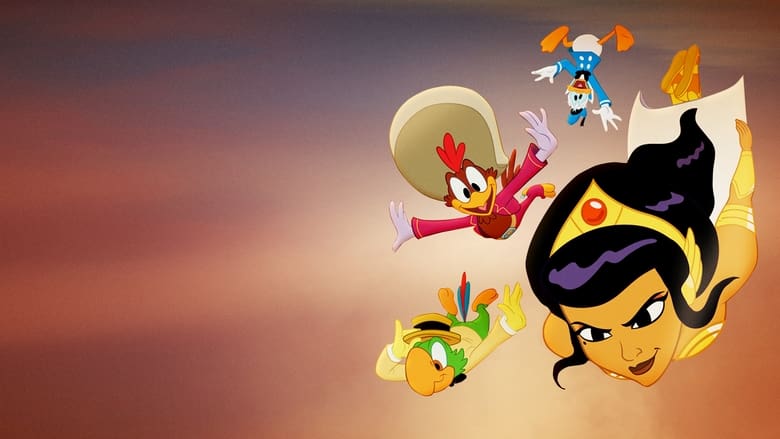 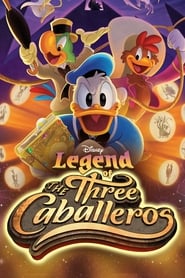 Similar TV Shows to Legend of the Three Caballeros

The adventures of superhero Darkwing Duck, aided by his sidekick Launchpad McQuack. In his secret identity of Drake Mallard, he lives in a suburban house with his adopted daughter Gosalyn, next door to the bafflingly dim-witted Muddlefoot family. A spin-off of DuckTales.
TV Show Star Rating : 7.293  Read More

One day, Usagi Tsukino, clumsy 2nd-year middle school student (8th grader), stumbles upon a talking cat named Luna. Luna tells her that she is destined to be Sailor Moon, "champion of love and justice", and she must search for the fabled Moon Princess. Usagi finds friends that turn out to be destined senshi as well, and together they fight to save the world from the certain doom brought upon by the Dark Kingdom (Queen Beryl, the generals, Metallia).
TV Show Star Rating : 8.314  Read More

10-year-old Ikki Tenrio, using his Medabee, participates in Robattles; fights that square off robots, or “Medabots,” against each other. Ikki must also stop the plans of the nefarious “RubberRobo Gang.”
TV Show Star Rating : 7  Read More

If you are chosen by the bizarre black sphere known as the Gantz, you are already dead—yet you might be able to reclaim your mortality. First, the Gantz demands that you undertake brutal missions of madness, killing aliens hidden among the population. It is your only chance and you have no choice. You must play this disturbing game. And if you die again—and you likely will—it’s permanent.
TV Show Star Rating : 7.235  Read More

Sonic and his friends team up with 12 year old Christopher to collect all the Chaos Emeralds and defeat the evil Dr. Eggman.
TV Show Star Rating : 7.334  Read More

Ojamajo Doremi, known as Magical DoReMi in the US, is a magical girl anime television series created by Toei Animation in 1999. It focuses on elementary school students who become witch apprentices. Led by Doremi Harukaze, the girls must maintain their double lives in secret. Ojamajo Doremi has been followed up by three direct sequels, lasting until its end in 2003. During the television series' runtime, two companion films were released in theaters. The English dub, produced by 4Kids Entertainment, released a preview episode in the US airing on August 13, 2005, and the first episode on September 10, 2005.
TV Show Star Rating : 9.071  Read More

Unable to remember the past, high school senior Saya Otonashi must rediscover her destiny in order to defeat the chiropteran vampires that threaten her loved ones' existence.
TV Show Star Rating : 8.314  Read More

The Meiji Era was one of great renewal for Japan, where swords and killing were outlawed. However, many survivors from the time of Revolution still live, lurking in the shadows and waiting for a chance to use their killing blades again. Only Kenshin Himura, formerly one of the most brutal of killers, hopes to keep his swordsman's honor and still live in the new era.
TV Show Star Rating : 8.557  Read More

Joe Yabuki is a troubled youth, whose only solution to problems is throwing punches at them. What he lacks in manners and discipline, he makes up for with his self-taught fighting skills. One day, while wandering the slums of Doya, Joe gets into a fight with the local gang. Although greatly outnumbered, he effortlessly defeats them, drawing the attention of Danpei Tange—a former boxing coach turned alcoholic. Seeing his potential, he offers to train Joe into Japan's greatest boxer. At first, Joe dismisses Danpei as a hopeless drunk; but after the trainer saves his life, he agrees to live with him and learn the art of boxing. Unfortunately, Joe's personality makes him an unruly student, and he often falls back to his old ways. To survive the harsh world of his new career, Joe needs to trust his mentor and master the techniques taught to him. However, the road to becoming a professional boxer is rife with struggles that will test his mettle to the end.
TV Show Star Rating : 7.4  Read More

A rumor states that if you take a photo of someone you like with your cellphone and keep it hidden, they'll fall for you. Will Makoto win his love by taking a picture of Kotonoha without anyone knowing?
TV Show Star Rating : 5.987  Read More

Science Ninja Team Gatchaman is a five-member superhero team that is composed of the main characters in several anime created by Tatsuo Yoshida and originally produced in Japan by Tatsunoko Productions and later adapted into several English-language versions. It is also known by the abbreviated name Gatchaman. The original series, produced in 1972, was eponymously named Kagaku Ninja Tai Gatchaman and is most well known to the English-speaking world as the adaptation titled Battle of the Planets. The series received additional English adaptations with G-Force: Guardians of Space and ADV Films' uncut 2005 release. Tatsunoko also uses the official translation Science Commando Gatchaman, as shown in numerous related products and media. Because the English-language versions are notoriously inconsistent not only with one another but also with the original Japanese series, viewers most familiar with the English versions often experience some confusion upon re-examining the series after a long hiatus. The original 1972 Kagaku Ninja Tai Gatchaman series was followed by an animated film, two sequel series, Gatchaman II, and Gatchaman Fighter. In the 90's, episodes from both series were dubbed into English by Saban as Eagle Riders. In 1994, the original series was remade as a condensed OVA series.
TV Show Star Rating : 8.744  Read More